Family planning in Queensland: Do you know enough?

Would you know what to do if you needed emergency contraception? Most young people are in the dark when it comes to their knowledge of contraception and abortion services. Finding out more information will ensure you can make informed decisions.

The fight to access family planning services, contraception and equal rights is done and dusted, right? The common perception is that young women today have no need to protest, to sound the rallying cry or to form action groups. All that hard work was done generations ago and women now have all the knowledge and services at their fingertips.

For many young women, the reality is far different. JCU’s Professor Caroline de Costa has co-researched studies that examined what JCU and TAFE students know about family planning. The studies, which excluded medical students, explored what students knew about contraception and emergency contraception (commonly known as the morning after pill), as well as the availability of abortion services in Far North Queensland and its legality.

“We did this because we thought JCU and TAFE students would be the best educated and likely to be the most knowledgeable about these things,” Caroline says. “If we demonstrated deficiencies in their knowledge, we could conclude that the general population in the same age group were probably not better informed and were probably less well-informed.”

“Women, in order to reach gender equality, need to have control of their reproductive health,” Caroline says. “They need to be able to make decisions themselves about whether they want children at all. If the answer is yes, they need to be able to decide when they want to have them. We now have this technology that enables women to control their reproductive health — if they are well informed and have access to appropriate services.”

Misinformation about contraception and lack of knowledge about abortion services mean that young women are often in the dark about their rights. Image: Shutterstock

Most of Caroline’s work has been on abortion law and services, including research into what abortion services are available to women and what women know about the services. In Queensland, abortions are legal if a pregnancy will risk a woman’s physical or mental health. Having or attempting to have an illegal abortion is a criminal offence.

“We’ve looked at what doctors feel about the law because the law still makes it a crime for a doctor to perform abortions,” Caroline says. “We’ve looked at how doctors make their notes in such a way that they can be protected against prosecution, if they had to. The fact is that the law in Queensland is the most out-of-date in Australia, but the law in New South Wales is not that far behind.”

Caroline encouraged young women to be as well-informed as possible about contraceptive options.

“It’s far better to prevent pregnancy if it’s not wanted at a particular time, than it is to become pregnant and then have to make a decision about termination and pregnancy,” Caroline says. “If you do have to make that decision, it should be possible to access certain services that are safe and effective. They need to be aware that family planning services are not as easy to access or as financially available as they should be.”

Professor de Costa is a prominent international advocate for the rights of women, vulnerable and underserved communities in Australia, the Pacific and beyond. A strong focus on social justice and humanitarian issues underpins the work at JCU’s College of Medicine and Dentistry. The College delivers courses and research relevant to people and communities in the Tropics, dedicating its energy to rural, remote, tropical, and Aboriginal and Torres Strait Islander populations. 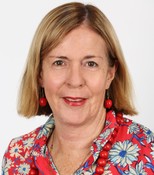