It’s been nearly four years since Bernard Salt made his infamous claims against Millennials and their beloved brunch food. We’ve seen outrage, backlash, and an abundance of memes. But have we seen any change in the conversation about Millennials and spending?

Let’s revisit the topic. How is the younger generation’s economic landscape shaped, and what does it have to do with avocados?

JCU Senior Lecturer Taha Chaiechi says there are a few factors to consider when considering the current economic state that many young people are facing. “One of which is that the younger generation is already in a hefty debt by the time they graduate from a degree,” Taha says.

The Whitlam Labour Government abolished university fees on 1 January 1974, but the Hawke Labour Government reintroduced those fees in 1989. Additionally, university students have seen an increase in uni fees since 2017, when fees increased by 1.8 per cent, with that percentage increasing annually. By 2021, fees will have increased by 7.5 per cent in total. This is about a $2, 000-$3, 600 increase for a four-year degree.

So, not only are younger people carrying hefty debts when they graduate, but their debts are also considerably greater than the debts of people who graduated before them. Particularly people like Bernard Salt, for example, who earned his Bachelor of Education and his Master of Arts from Monash University in 1980 and 1985, respectively, when university fees weren’t applied.

“So, saving becomes even harder for this group,” says Taha. “But I don’t believe that the younger generation is not careful with their money. A large group of them save to make bigger purchases such as a car or holiday.” Taha is right to believe this, as a 2015 report by Suncorp stated that of all groups surveyed, people aged 25-34 saved the most, with an average of $533 in savings per month.

Thinking back to Bernard Salt’s argument, this information may prompt the question: If young people can save money despite having higher debts and less earnings to pay them, why are they not buying homes? Taha points to the lenders. “They have tightened their requirements, making it harder for Millennials to borrow enough to be able to afford a home.”

So, what does this have to do with the price of avocados in cafes?

If the people of the younger generation are paying larger debts with lower earnings and are struggling to meet the requirements for loans, why are they spending money on an avo smash? Or any other brunch item? Or any sort of paid meal at all?

Taha suggests that this is a result of social media. “We also know that there is huge peer pressure on the Millennials that comes from social media, such as Instagram, which affects their spending patterns.” This is true. A culture has developed of capturing the food you eat and posting it online for others to see and like. While this may be beneficial to younger people in terms of connecting and sharing with friends – embracing the social aspect of social media – it can also result in the pressure to perform (or post) and thereby affect their mental health as well as their wallet.

Then why is avocado smash still so popular that it has an entire day dedicated to it?

Aside from avocado being one of the trendiest ‘superfoods’, it’s often not as expensive as other brunch options and it’s offered in almost every café. But at the heart (or the pit) of the matter, the popularity of avocados has less to do with the food itself and more to do with why younger people are in cafés and buying smashed avo in the first place.

It’s a social matter. Social media may have negative effects, but the act of being social – of meeting a friend in your favourite café and ordering a popular brunch item that is both affordable and tasty and then chatting over said brunch food – has largely positive effects. We are happier and healthier when we can spend time with friends and loved ones, and a table in a café provides a space to do that.

As for whether this type of spending is worth it, if it’s okay to do when there are houses to be bought and money to be saved, Taha says that different is not bad. “There is a combination of factors, but I don’t believe what worked for baby boomers is going to work for the younger generation as the entire economic structure has changed.”

So, you can have your avo and eat it, too.

If you have a passion for crunching numbers and data, consider what you can do with JCU Business. 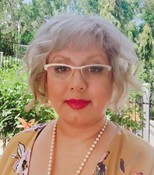 A/Prof Taha Chaiechi
Dr Taha Chaiechi is Australia Director, Centre for International Trade and Business in Asia, at JCU where she is also an Associate Professor in the College of Business, Law, and Governance. In the past several years, Taha has contributed to the
Read profile