This project focuses on the evidence for warfare and conflict in the ancient Tongan state.

The origin of the state is one of the most important research problems in the social sciences. Warfare is central to this question and to theory about the rise and fall of complex societies. This project focuses on the evidence for warfare and conflict in the ancient Tongan state. The Tongan polity (AD 1200-1850) is arguably the most complex society to have existed in the prehistoric Pacific and was unique for a centralised political system on the island of Tongatapu that encompassed an entire archipelago and for a maritime capacity that extended Tongan influence to other parts of Oceania.

We will map and investigate the fortifications on Tongatapu using a suite of techniques (remote sensing, spatial analysis, archaeological excavation, AMS dating, traditional history) to obtain a detailed picture of how Tongan kings and chiefs used warfare to protect land and crops, whether coercion was key to political centralization, and how changes to state power and government organization were associated with conflict over 650 years.

When Europeans first recorded the Tongan state in AD 1777 it was clear that power was highly fragmented, but traditions referred to a time of centralized government when the paramount chiefs of Tonga reigned over islands from Fiji to Samoa, a view borne out by archaeological analysis of the monumental tombs and stone tools at Lapaha. But in what ways did the powerful Tongan dynasty use force to exert and maintain control? 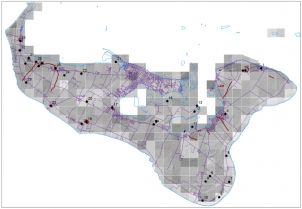 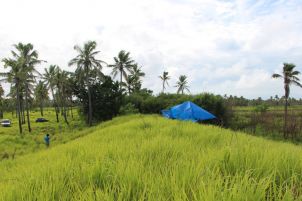