Foundations of Island Southeast Asian Maritime Interaction: Unravelling Cause and Consequence for the Transformation of Past Societies

To investigate causes and consequences of transformations in ISEA prehistory, this project examines the archaeological record of islands in eastern Indonesia to quantify interaction and subsistence systems during the Holocene prior to the arrival of Neolithic migrants or innovations at 4,500 years ago.

The nature of maritime interaction in the pre-Neolithic period (before ~4,500 years ago) is a key issue in Indo-Pacific prehistory and to the global debate about process and significance of Neolithic transformation. In Island Southeast Asia (ISEA), however, past research focused dominantly on the hypothesis of migration of agriculturally and technologically advanced ‘Austronesian’ groups from Taiwan into the Pacific, the ‘Austronesian’ Neolithic expansion.

The result of this research focus is a general lack of knowledge about maritime interaction in the pre-Neolithic period. Increasingly, new data indicate the importance of economic and ecologic changes in pre-Neolithic societies during the Holocene (the warm period we are currently living in, beginning about 12,000 years ago). These new results suggest that the Holocene is central to understanding the complex interplay of migration, adaptation and integration of innovations and populations. 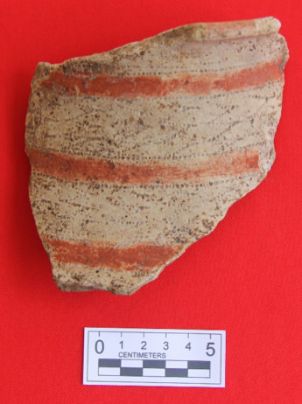