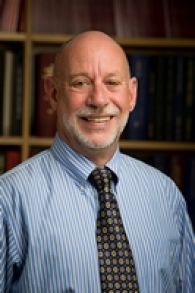 Professor Gary D Meyers, BA (cum Laude; JD; LLM), has taught law in the US and Australia for over 35 years. He currently holds 3 professorships. He is an Adjunct Professor of Law at James Cook University where he teaches in the Environmental Law and Policy, Native Title, Land Law, and International Law units. He is an Adjunct Professor at the University of Tasmania where he taught from 2007 to 2016. And, he is an Emeritus Professor of Law at Murdoch University in Western Australia where he taught from 1992 to 2006. Additionally, he is an elected member of the Australian Institute of Aboriginal and Torres Strait Islander Studies (AIATSIS).

Gary has held a number of senior administrative positions (Assistant - Associate Dean) in US and Australian law schools; directorships of two environmental and natural resources law centres; and was the inaugural director from late 2004 to 2007 of the Legal Research Unit at the Commonwealth National Native Title Tribunal.