College of Medicine and Dentistry A true calling 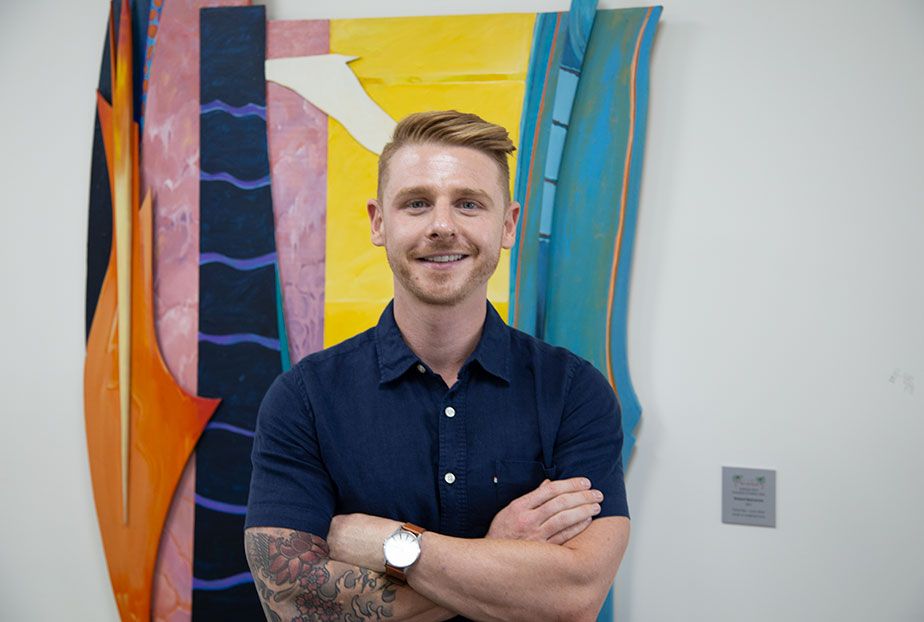 As a young boy growing up in Alice Springs, Aaron Scolyer always knew he wanted to be a doctor.

“From when I was a little kid I always wanted to do medicine,” the sixth year James Cook University medical student said.

“My parents would always say that that was the only thing that I ever wanted to do.”

The more he saw of the disadvantage around him, and the impact the lack of health care had on communities, the more he felt drawn to the field of Aboriginal and Torres Strait Islander health.

“We have huge problems in this country with the lack of health care serving Aboriginal and Torres Strait Islanders. It is so sad and it is so wrong. You see things in rural and remote communities that you just shouldn’t see in this day and age.  From lack of access and lack of healthcare to a lack of engagement with the health care system.

“If you are white and wealthy the world is your oyster, but for the majority of us, it's not that way. If I can make some people's lives a little bit easier, that's all that I need.  It's my people, my mob that I want to help.  That’s been my driving force,” he said.

But for Aaron, the path to medicine wasn’t easy. At high school, the proud Aboriginal student was discouraged by a guidance counsellor and began doubting his ability.

Eventually, he gave up his dream and studied to become a paramedic.  Despite working in the field for several years he couldn’t let go of his desire to make a difference in the lives of those who needed it most.

“I saw the need for health care in rural and remote places and that’s exactly why I wanted to come to medicine.  In cities, there is a doctor on every corner, but in rural areas, there might be one doctor in the town.  There’s also a huge lack of specialist services.

Aaron said he chose to study Medicine at James Cook University because of its focus on rural and remote medicine.  He hasn’t looked back.

“You do a lot of rural placements as part of the JCU curriculum, which is great.  As a med student in a big hospital you are at the back of the line and don’t get to do a whole lot.  But in rural medicine you can be really useful.

“I just finished my sixth-year rural placement which was ten weeks in Ingham.  It was fantastic.  You get to be part of the team as a senior medical student and your responsibility and trust go right up.”

Aaron has also continued to work as a paramedic throughout his degree, gaining further experience in rural and remote Queensland.

“During holiday times I’ve always taken rural relief for my ambulance job and I’ll always go to the hospital and introduce myself. You become part of that little community which is exactly what I want to do.”

As part of the JCU medicine degree, the sixth and final year is spent working full time in hospitals.  Aaron believes this has given him the skills and experience to make the leap from student to doctor with ease.

“I definitely feel ready.  It’s scary and it’s daunting but it’s very exciting as well. I can soon move on to the next step which is advanced training and then start working in rural medicine and making the change that I want,” he said.

With his passion for rural and remote medicine, Aaron has joined the Rural Generalist pathway and plans to undertake advanced skills training in obstetrics and Women’s Health, with a focus on Aboriginal and Torres Strait Islander health.

Down the track he hopes to further specialise to bring more desperately needed services to underserved communities.  He also hopes to inspire the next generation of Aboriginal and Torres Strait Islander students.

“I want to be a mentor, I want to be a teacher for other medical students and other health professionals who identify as Aboriginal and/or Torres Strait Islander.

“As an Indigenous student you can get put in this box and sometimes it isn’t easy to figure out your path, or way forward.  I would love to be that person to motivate and encourage these students.”

“We all want to do something with our lives that's going to matter and medicine is a pathway that can do that.  Stay focused, keep your eye on the prize and surround yourself with positive people”

He believes joining the Indigenous Doctors’ Association of Australia was also a turning point in his life.

“I went to one of their conferences and I was surrounded by hundreds of accomplished really successful doctors doing things that you could never think possible.  They all came from the same background as me and all had similar stories.

“I already had motivations, but that was life-changing. I was surrounded by all these really incredible people, and I realised I wanted to be one of them.”