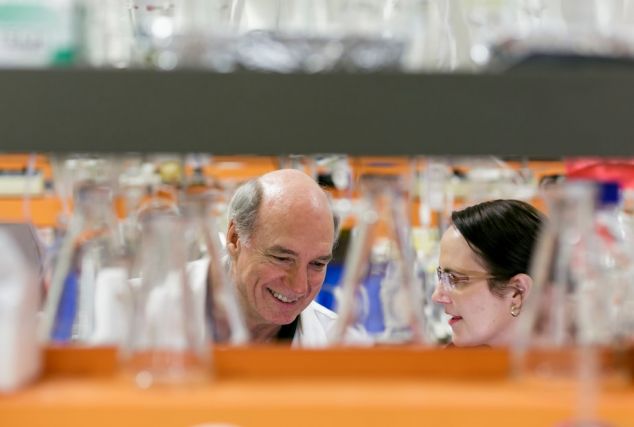 Professor Dobson said his 100th paper was a new hypothesis on the importance of the connection between the heart and vascular system, to deliver enough oxygen to the tissues during different trauma states.

“The number 100 is an achievement because I don’t work in large groups. Many very successful scientists have published over 300 papers but, they usually work in large teams. We are a small group driven by postgraduate research students. Hayley Letson has been doing the majority of the laboratory work over the last 10 years,” he said.

Over his 24 year career at JCU, Professor Dobson has published the bulk of his scientific research papers in some of the top 10 scientific journals and magazines in his field.

“My career path changed a lot in the beginning.  Originally, I wanted to be a science teacher. But I also wanted to experience how science works so that I could better convey what science is and what science does", he said.

“I wrote to many leading scientists around the world, and had a choice to go to three universities for my PhD. I was always fascinated with nature and the strategies of animal adaptations so, I joined the Zoology Department, University of British Columbia, Vancouver, Canada. My PhD was in exercise metabolism,” he said.

After he completed his PhD, Professor Dobson returned to Australia and began to research Haemorrhagic shock, trauma and resuscitation at JCU. He was appointed the head of the Heart, Trauma & Sepsis Research Laboratory.

“While in Canada, I became intrigued with the August Krogh Principle, which states, ‘For any question in science there is at least one animal best suited to study it.' After seeing the power of this approach I came to JCU and asked the following question, "could I pharmaceutical trick the sick human heart to operate like the heart of a hibernating animal during cardiac surgery?"

The research Professor Dobson did into nature, animal evolution and heart bioenergetics, inspired him to create a pharmaceutical drug called ALM.

“The drug was called adenosine, lidocaine and magnesium (ALM). The new heart arrest solution was the world's first low potassium solution and two clinical trials have shown its superiority,” he said.

Today, Professor Dobson regularly collaborates with the United States (US) Special Forces, to test the effects ALM has on different parts of the body.

“From that discovery, and watching the human heart wake up after the operation using lower ALM doses, I got a second idea to resuscitate the heart after major trauma. Using these lower doses, our laboratory is working with the US Special Forces on a small-volume resuscitation fluid to save lives on the battlefield from catastrophic blood loss and traumatic brain injury. Time is the killer. We begin human trials next year in the USA. Seeing our work translate from a simple idea into a clinical trial is a career highlight,” he said.

Aside from clinical trials, Professor Dobson is a passionate lecturer and postgraduate student mentor.

“When I take on a new PhD student, my goal is to make them better than myself. I love seeing that light-bulb moment when students realize the significance of what they are doing, and that they have developed the skills to do it.  Science is fun and fulfilling.  It begins with a question and ends with a question,” he said.

One of the most rewarding parts of working with post graduate students, is seeing them grow professionally, he said.

“One of the big lessons I try to convey to students is to develop a never give-up attitude. Students should never be afraid of dreaming big and taking risks.  “Dare to think 'outside the box' and do not take rejection personally. Rejection helps drive your success.”

Professor Dobson said he wants to be remembered as a person who did not give up, who loved science, life and family.

“Looking back I am just as curious about the unknowns in science and medicine today as I was when I wrote my first letter in 1980.  Each new day has brought new understanding and new questions, and my book "on what science is", and my 100 papers are a small testimony of that journey with students, colleagues and family,” he said.