The inaugural JCU International Gala and Awards Night celebrated and recognised the achievements and contributions of JCU's international students. Thibault graduated from a Bachelor of Business and Environmental Science in 2020, and is completing his final semester of the Master of Science (Professional) in 2021.

He actively shares his culture and expertise with the JCU and wider communities and is actively involved with numerous groups, including being a founding member of the JCU Aquaculture Association, JCU African Student Association, and JCU African Dance Club.

Thibault has shared both his French and African culture through events as varied as leading a petanque tournament for the Townsville community, and demonstrating the ‘Jerusalema’ dance at various events. He has shared his aquaculture and fitness expertise through tutoring, mentoring and volunteering with aquaculture students, as well as organising a volleyball tournament, and doing a workout video during COVID isolation in 2020. Thibault has enriched both the JCU and Townsville community with his deep and ongoing engagement, and the Community Engagement Award recognises this contribution. 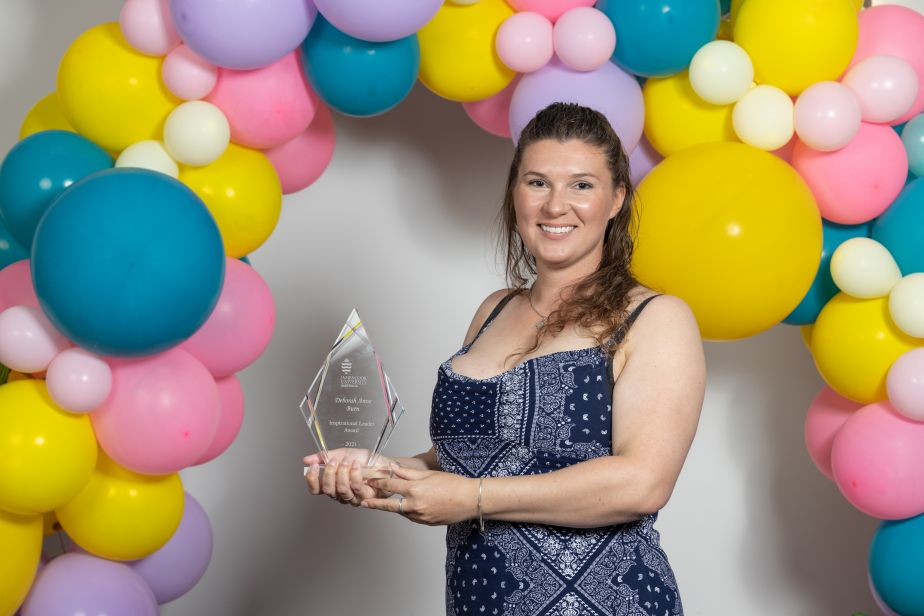 Deborah is a PhD candidate researching the vulnerability and resilience of coral in the Coral Sea.

Deborah received three nominations from her colleagues for the Inspirational Leader Award. A common theme in these nominations was that Deborah is kind, positive, incredibly hard-working, a great listener, and leads by example.

Deborah is co-chair of the Student Committee at the ARC Centre of Excellence for Coral Reef Studies, as well as the Boating and Diving Committee Student Representative. In her role on the ARC Student Committee, Deborah has organised a group of 12 people in running events for 100 PhD students, including a Welcome Social, two Writing Workshops, a two-week intensive statistics course, and a week-long writing retreat in conjunction with AIMS and the Queensland Museum.

Her leadership both in formal roles and as a colleague and friend has improved the experience of students on an individual level, and the research student cohort as a whole. The Inspirational Leader Award recognises Deborah’s leadership amongst her research peers. 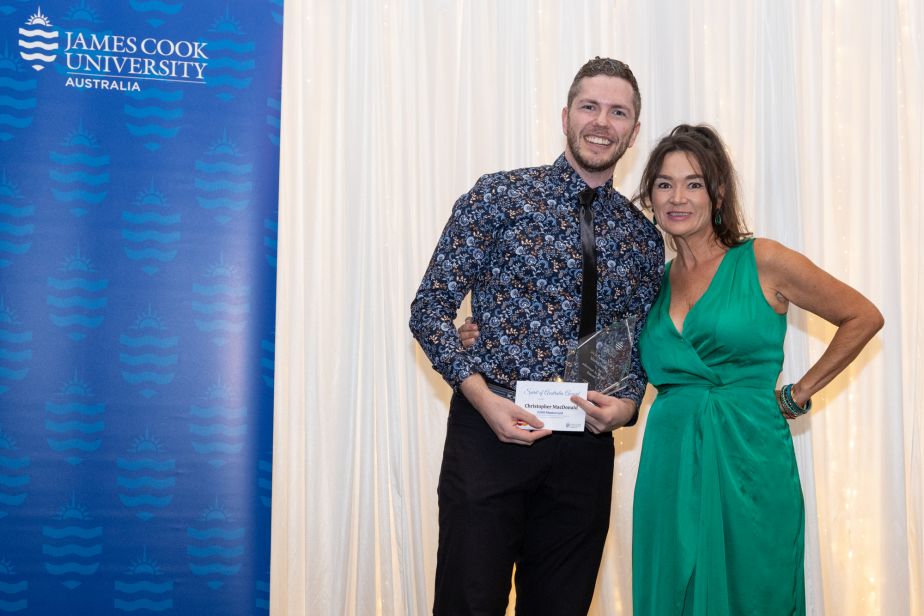 Christopher completed his final year of a Bachelor of Medicine, Bachelor of Surgery in 2021.

Throughout his studies, Christopher has gone above and beyond to immerse himself in Australia’s culture and way of life, both in the course of his studies and in his travels and personal life. And while Christopher’s experience here has no doubt been improved as a result of this, he has in turn enriched the lives and experience of Australia’s community as well.

Christopher has actively sought out opportunities to learn about and support Aboriginal and Torres Strait Islander people during his studies, including volunteering for home visits in Normanton, attending NAIDOC events, and attending voluntary cultural competency sessions to learn from elders and local health services.

Christopher has also shared his gift for fiddling through lessons in the community, and playing for elderly nursing home residents. This included one memorable moment where he serenaded an elderly palliative care patient by playing ‘Waltzing Matilda’ when she was unable to attend the group performance.

Christopher has travelled extensively throughout rural Australia, visiting places even Australians are unlikely to have seen, including Barcaldine and Cow Bay.

The Townsville University Hospital has recognised Christopher’s special talents, and he has been offered an internship in 2022.  Christopher is the epitome of the Spirit of Australia.

The Latin American Student Association (LASA) has regularly, frequently, and enthusiastically shared their cultures with JCU and the wider community for a number of years. Many JCU staff and students have had the good fortune of seeing some of their talents at various events and know the joy they bring to Townsville’s Bebegu Yumba campus.

During COVID lockdown in 2020, the LASA cooked and provided food relief for students in need for two months, cooking 150+ meals and distributing them at JCU’s food pantry. In addition, the group held regular activities open to all students, including dance lessons, movie nights and cooking classes.

On an individual level, LASA members have helped new international students with settling in, and can always be relied on to ‘adopt’ new students when needed. JCU’s cultural life is significantly richer for LASA’s contribution to it, and this award recognises that contribution. Lucas is completing a Bachelor of Science majoring in Marine Biology in 2021.

Lucas is both an exemplary student and makes a noteworthy contribution to the JCU community - being awarded two academic prizes in 2020, and has now been awarded a scholarship for a Master of Philosophy.

Outside of his studies, Lucas has been the trip director for the JCU Dive Club, ensuring trips run safely and seamlessly. He has also acted as a student mentor, and worked as a GIS tutor.

Lucas' work ethic and dedication to his studies have inspired others, and he is known as ‘the guy to ask’ for anyone who needs help with their assessment, data, or even job applications. Lucas shares his passion for marine life, diving and the ocean with his peers, improving the experience for all who are with him. JCU will be lucky to keep Lucas while he conducts his masters research, and the International Student of the Year (Undergraduate) Award recognises his contribution to student and academic life at JCU. According to one nomination, ‘everyone knows Nnamdi’. This could be because he has acted as an HDR ambassador and international student mentor, and participated in various promotional activities for JCU. It could also be because he has represented JCU at various conferences, including the TUH Research Showcase, the World Physiotherapy Congress, and the Council of International Students National Conference.

Nnamdi represented JCU in the Oxford Epigeum’s Supervising Doctoral Studies in 2020 and has been published in the high-ranking Physiotherapy Journal.

Many know Nnamdi is the proud Nigerian man with an easy smile and colourful clothes, enjoying events around campus. As one of his nominators said: “His choice of clothing, I believe, is a tribute to the brightness and vibrancy of his homeland and is an indication of the strength of connection he has to his family. The kaleidoscope which is Nnamdi’s clothing is also a reflection of the person that he is. Nnamdi too is bright and vibrant. His personality shines through in his classes, and in his outstanding reputation around campus. Nnamdi’s clothing does more than make you smile. It is a rare and unique skill where Nnamdi is able to, through his clothing, make you pause for thought and look at things in all their light and colour.”

We recognise Nnamdi’s contribution to academia, and to JCU and the wider community. Nnamdi has much to be proud of, and JCU has been fortunate to have him.