Pier Marco Bertinetto – has advised of the availability of the Special publication of the Italian Journal of Linguistics featuring materials from the joint 2018 Workshop. The publication features work by many of the LCRC members.

You can access a copy of the journal cover.

You will see that the special section starts on p.69.

Congratulations to the participants.

Link to the event:

First day of the meeting (June 30), with talk by Luca Ciucci:

Second day of the meeting (July 30), with talk by Mario Arrien:

See the following links (you can also download the documents): 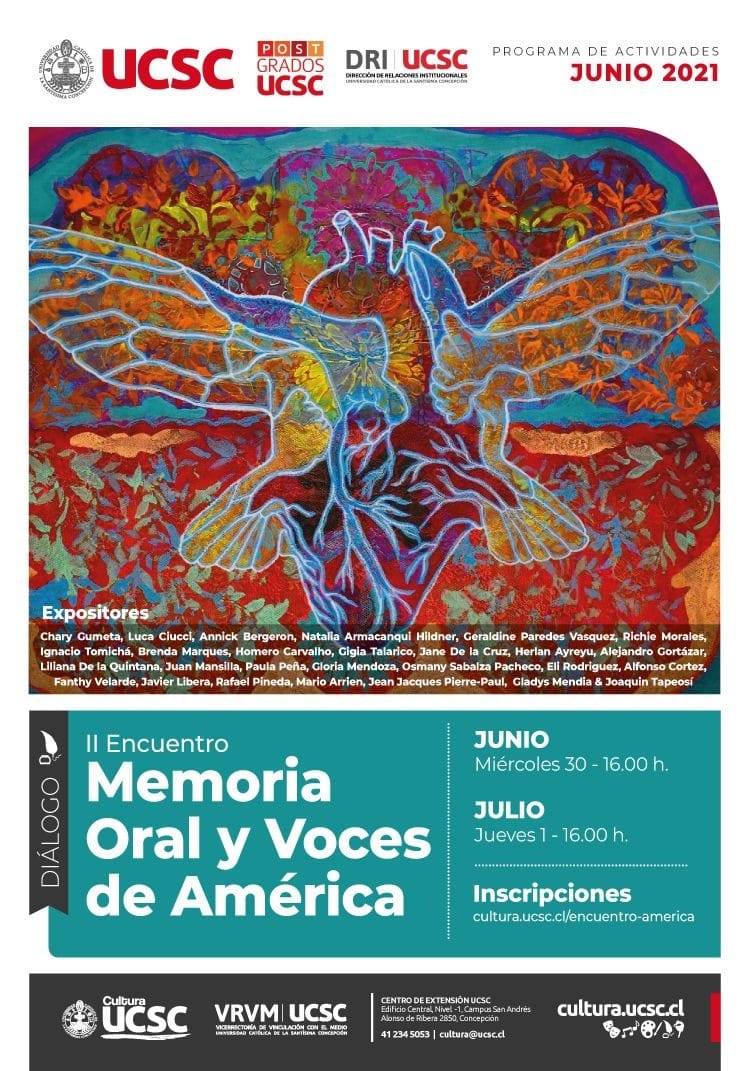 The Austronesian and Papuan Languages and Linguistics Research Group presented its thirteenth international conference – APLL13. It was hosted fully online by the University of Edinburgh on 10-12 June, 2021. Presenters at the conference included Robert Bradshaw, Dr René van den Berg, Dr Hannah Sarvasy and Dr Dineke Schokkin. The talks and posters are now available on YouTube and Twitter, where presenters have given permission to publicise them. View the APLL Conference abstracts of LCRC members.

The purpose of the APLL conferences is to provide a venue for presentation of the best current research on Austronesian and Papuan languages and linguistics, and to promote collaboration and research in this area. APLL13 follows a successful online instantiation of APLL, hosted by the University of Oslo, as well as previous APLL conferences held in Leiden, Surrey, Paris and London, and the Austronesian Languages and Linguistics (ALL) conferences held at SOAS and St Catherine's College, Oxford.

On the 9th of July 2021, Luca Ciucci presented an online talk for the 700 years of the death of Dante hosted by the Universidad Mayor de San Andrés (La Paz, Bolivia). The talk was in Spanish and the title of the talk was 'Reflexiones sobre el Sexto Canto del Paraíso' [Considerations on the Canto VI of Dante´s Heaven]. Watch the talk below or on Facebook.

Language and Culture Research Centre PhD candidate Rob Bradshaw has been involved with the Doromu-Koki speaking community since 2001. Doromu-Koki is an endangered Papuan language of Central Province, Papua New Guinea, nestled in the Owen Stanley ranges to the Southeast of the capital, Port Moresby. Read more about Rob’s involvement with this language in The Cairns Institute Newsletter ( page 10, April 2021 ed)

‘Verb and context’ is an international conference based at the University of Alicante, or Alacant, Valencia, Spain. The conference aims at exploring the impact of shared knowledge on verb categories. Shared knowledge is viewed in a wide sense, as a perspective that comes across different semantic and discursive categories –i.e. (external and internal) temporality, modality, evidentiality, (inter)subjectivity, and mirativity at the opposite side–, but it also allows us to approach certain issues related to information structure and even to the conception of meaning.

Luca Ciucci will give a talk on the topic of The interaction of grammar and society in Ayoreo (Bolivia, Paraguay) on the 9th of April at Coloquio de Investigación Lingüística 2021-1

The main purpose of this event is to open a forum for discussion and exchange of ideas among students, graduates and professors of this graduate program, as well as other guests. Likewise, it seeks to consolidate the inter-institutional relationships that are maintained to strengthen the LGACs of CA-USON-81, the Master's in Linguistics and the RICIDIL academic network.

Robbins Burling was a great scholar (everyone, including JCU students who did Anthropological linguistics at JCU, know his books!). And his contribution to the Tibeto-Burman field was outstanding. Robbins passed away peacefully on January 2, 2021. Read Mark Post's obituary of him.

Robbins Burling, Professor Emeritus of Anthropology and Linguistics at the University of Michigan, passed away peacefully on January 2, 2021, at the age of 94. A giant in the fields of anthropological linguistics, language evolution and language pedagogy, Burling was particularly known for his pioneering work in ethnography and linguistics of north eastern India, where he conducted his doctoral fieldwork and to where he returned for research visits until the latter years of his life. Burling’s work has played a seminal role in the development of Trans-Himalayan (Tibeto-Burman) linguistics, inspiring generations of scholars and producing some of the field’s formative works.

Rob’s early career saw the publication of several groundbreaking works in linguistics and anthropology, including A Garo Grammar (1961) – the first modern grammar of a northeast Indian language – a reconstruction of Proto-Bodo (in Language, 1959) – the first reconstruction of a Trans-Himalayan language at the subgroup level – a pioneering study of early child language acquisition in a minority language setting (in Word, 1959), an ethnographic monograph Rengsanggri: Family and Kinship in a Garo Village (1963), a popular textbook Hill Farms and Padi Fields: Life in Mainland Southeast Asia (1965, re-issued in 1992), and an influential reconstruction of Proto-Lolo-Burmese in 1967. Over the following five decades, Burling published more than 130 articles, chapters and reviews across the fields of social and cultural anthropology, descriptive and historical linguistics, language pedagogy and linguistic theory. In many of these works, he engaged in some of the major debates of his era, especially regarding the nature and origin of human language.

Throughout his career, Rob Burling’s work was marked by scholarly excellence, a solid empirical grounding in first-hand field data, and uncompromising methodological rigor. Yet all who knew Rob could not fail to also be impressed by the love he felt for the northeast Indian region, its people, and their languages, and this sense of love and joyful intimacy pervaded his work. His lifelong fascination with the Garo language culminated with a 2004 three-volume study The Language of the Modhupur Mandi (Garo), which uniquely presented a modern, comprehensive analysis of Garo grammar and lexicon in a highly accessible prose style. His fascination with language evolution culminated around the same time in a popular volume The Talking Ape: How Language Evolved (2005). And Rob’s skill as a teacher is nowhere better epitomized than by his 1992 introductory linguistics textbook Patterns of Language.

After retirement, Rob continued to travel and write (he made it to all seven continents). In 2016, he was honoured with a Festschrift on the occasion of his 90th birthday at the 8th International conference of the North East Indian Linguistics Society (NEILS) – a conference Rob had attended faithfully since its inception in 2005. That same year he published a treatise on spelling, Spellbound, written from his lifetime perspective of being both a passionate and prolific writer, and yet a terrible speller.

Further reading: Language and Culture in Northeast India and Beyond: In Honor of Robbins Burling (available for free download at http://hdl.handle.net/1885/38458) contains an Introduction which provides more information about Rob Burling’s life and work, as well as a chapter by James A. Matisoff which offers a detailed critical assessment of several of Rob’s contributions to Trans-Himalayan linguistics from a specialist’s perspective. It also contains several photographs, and a comprehensive bibliography of Burling’s work up to 2015.

21 February 2021 will be the ‘Mother language Day' – See the article written by Bianca de Loryn (JCU College of Arts, Society and Education) about its importance. The article also provides and insight into Prof. Sasha Aikhenvald's  background.

Clause chains are a special type of complex sentence, found in hundreds of languages outside Western Europe, in which clauses are dependent but not embedded, and dozens of clauses can be combined into a single morphologically-indicated syntactic unit. Clause chains in some languages contain a further special feature: switch-reference marking, in which speakers must announce in advance whether the subject of the following clause will differ from that of the current clause. A comprehensive typological study of clause chains across languages is underway; I report a few known parameters of variation.

Comparison of child clause chain productions in six languages (Japanese, Korean, Turkish, Ku Waru, Nungon, and Pitjantjatjara) yields a major finding for child language research: children seem to universally go through a two-clause production phase first. These studies also have ramifications for typology more broadly, however: i) children learning at least one clause chaining language, Nungon (Papuan), have special distributions of complex sentence types, and ii) production of switch-reference marking depends on the distribution in the ambient language, which varies greatly across languages.

Psycholinguistic work has not targeted clause chains, but they would seem specially suited to exploration of long-distance associations, working memory, and planning scope. I show preliminary results from eye-tracking and EEG studies of switch-reference marking in Nungon clause chains.

The presentation can be viewed at Abralin ao Vivo website.

The anthropologist and LCRC Adjunct Research Fellow Mario Arrien was the invited expert in the television program Sociedad Abierta [Open Society], presented by the journalist Enrique Fernández. The topic of the program was the concept of ‘Culture’. The program was filmed in Santa Cruz de la Sierra (Bolivia) and broadcasted on the Bolivian channel SNTV on March 18, 2020 at 22:30. Watch the interview below.

Unserdeutsch (ISO 639-3 language code: uln) is an endangered creole language in the South Pacific, nowadays spoken mainly in Australia and to a small extent also in Papua New Guinea. It represents the only documented case of a German-lexified creole among the numerous creole languages of the world. Further information from Péter Maitz about the Unserdeutch Project read the article on the Institute of Germanic Languages and Literatures website.