Film to document a disappearing language 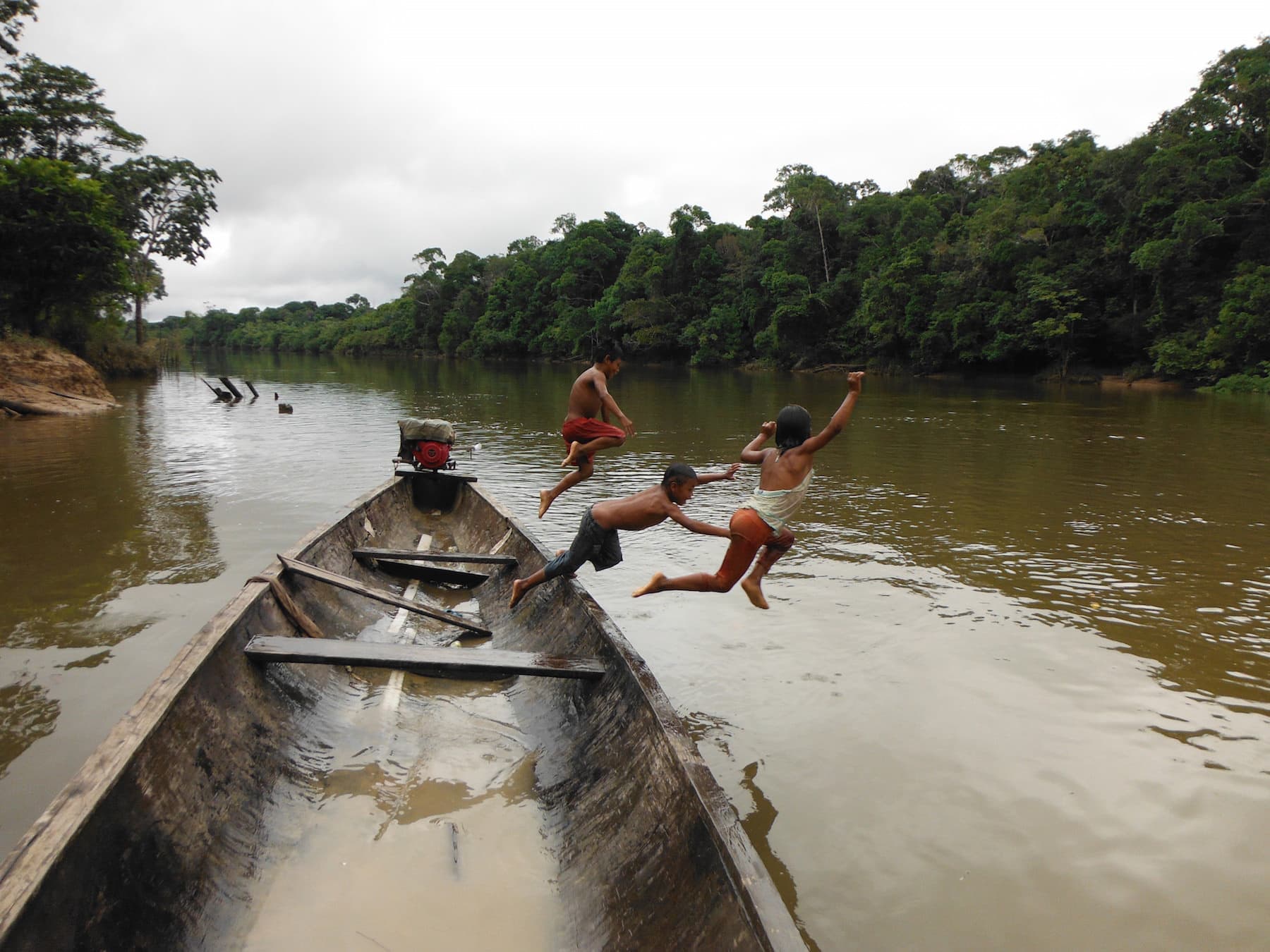 A group of Murui children jumping into the Cara-Paraná river after a day in the jungle gardens harvesting yucca, a traditional vegetable in South America. Taking a bath is an essential activity for everyone in the village. Murui elders say that the strength of one’s body requires bathing in the river in the early hours of the day when the water is still very cold.

Kasia Wojtylak, a Doctor of Philosophy student in Anthropological Linguistics at The Cairns Institute, and Kristian Lupinski, a Bachelor of Arts student in JCU’s Creative Industries program, have a Firebird Grant to make a documentary on the Murui language and culture.

Ms Wojtylak has been studying the language since 2009 and spent six months in the Amazon in 2013.

On this five-month trip she will work on the grammar component to create a comprehensive Murui database for her PhD thesis.

The couple, who are married, leave on November 19 for Tercera India, a village of 40 people from three families, in the Colombian parts of the Amazonian rainforest.

Finding people who spoke Murui fluently was a challenge for Ms Wojtylak on her first trip.

“I looked for locations where Murui people were supposed to be, but kept finding people from different language groups,” she said.

“I became friendly with Sandriela, who at 25 was about my age. She invited me to their home and we walked 80km for three nights to reach their village as it was not accessible by boat.

“The people there eventually adopted me as part of their family. I refer to Sandriela as my sister and she has named her children after Kristian and I.

“The Murui are concerned their children will not learn their culture and language and wanted it recorded as a story.

“They told me their culture was to sit and listen to stories from elders, that they learnt by doing and listening, not reading.

“They asked if I could bring my husband to record things such as how to make a canoe and build a house so their children could learn from it.

Mr Lupinski said he would buy video cameras and recorders and teach the community how to use them so they could continue to document their culture long after the project is completed in 2017.

“My role will be as curator and technical advisor, with the community as the director of this film to ensure it is exactly the way the Murui people envisage it,” he said.

“Nothing will be staged. It will be about the day-to-day life of the Murui people.

“Ceremonies are an important part of the Murui culture so I will capture them on film.”

Ms Wojtylak said her husband would be allowed to participate in some of the male rituals which would broaden the scope of the project.

“They have big communal round houses called malocas which large families used to live in, but today are used as a meeting place,” she said.

“It is mainly the men who use them to talk about their issues such as hunting and this is when they speak in Murui rather than Spanish which has taken over their language.

“These meetings are invaluable for piecing together the language as it retains many words specific to Murui culture such as jaigabi, a traditional Murui drink.”