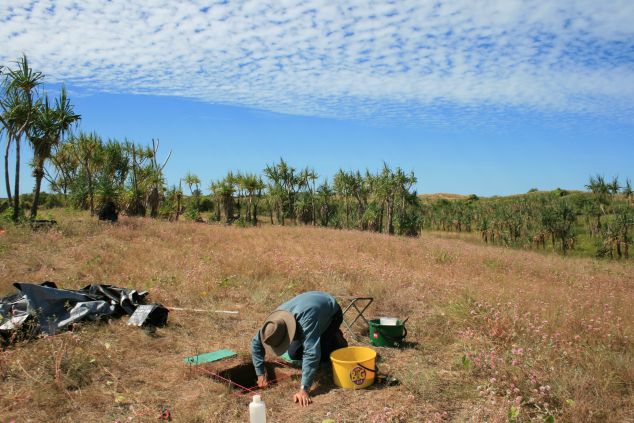 James Cook University will play a crucial role in a new national seven-year, $45.7 million research centre that will investigate the events and processes that have shaped Australia’s unique biodiversity and Indigenous heritage.

The Minister for Education and Training, Senator the Hon. Simon Birmingham, today (8th September) announced the establishment of the ARC Centre of Excellence for Australian Biodiversity and Heritage.

The Centre will be led by the University of Wollongong (UOW) and funded by a grant of $33.75 million from the Australian Research Council (ARC), $1 million from the New South Wales government, and $11.1 million from participating universities, museums and other organisations.

JCU will receive more than $3M to fund its involvement in the Centre.

The first centre of its kind in the world, the Centre will harness the collective expertise of 27 leading researchers from 15 institutions around the world – plus an additional 5 organisations in Australia, Indonesia and Papua New Guinea – to study the natural and human history of Australia, Papua New Guinea and eastern Indonesia from 130,000 years ago until the time of European arrival.

The Centre will be focussed around seven Australian universities including James Cook University.

“The high-level involvement of JCU in this new ARC Centre of Excellence underscores the significant impact of research and collaboration at the university across Earth Sciences, Archaeology and our country’s Indigenous heritage”.

The Centre, which will run for 7 years from 2017, represents a unique integration of interdisciplinary expertise. It will brings together researchers from science, technology, engineering and mathematics (STEM) disciplines – including Earth and climate sciences, ecology and genetics – with scholars from the humanities and social sciences disciplines, such as archaeology and Indigenous and museum studies.

Encouraging school students into STEM subjects will be a priority of the Centre’s education and engagement program. Support for emerging Indigenous and female researchers will also be a priority of the Centre, supported by the Irinjili Research Training program – named after respected Indigenous leader Mick McLean Irinjili, who travelled and worked extensively with linguists and anthropologists across South Australia to learn and record endangered traditional knowledge.

Researchers in the Centre will combine novel insights from archaeology, palaeoanthropology, genetics, ecology, Earth sciences and climate science to reconstruct the past environments and human activities in Australia and the neighbouring regions to our north, which were joined to Australia by a land bridge for most of the last 130,000 years.

Centre Director, Professor Richard (Bert) Roberts, an ARC Laureate Fellow and the Director of UOW’s Centre for Archaeological Science, said that Australia’s environmental history and Indigenous heritage are fundamental to understanding the story of human dispersals, adaptations to changing environments and interactions with the past landscapes and ecosystems. These lessons provide the necessary background to managing Australia’s biodiversity and cultural heritage into the future.

“By filling these vast gulfs in our knowledge, we will be better able to predict the responses to future environmental changes and the knock-on effects for biodiversity and Indigenous heritage, and so protect our precious national assets. To adapt successfully to future changes, we must dramatically improve our understanding of Australia’s past,” Professor Roberts said.