Featured News Sniffing out a solution to protecting wild canines

Sniffing out a solution to protecting wild canines 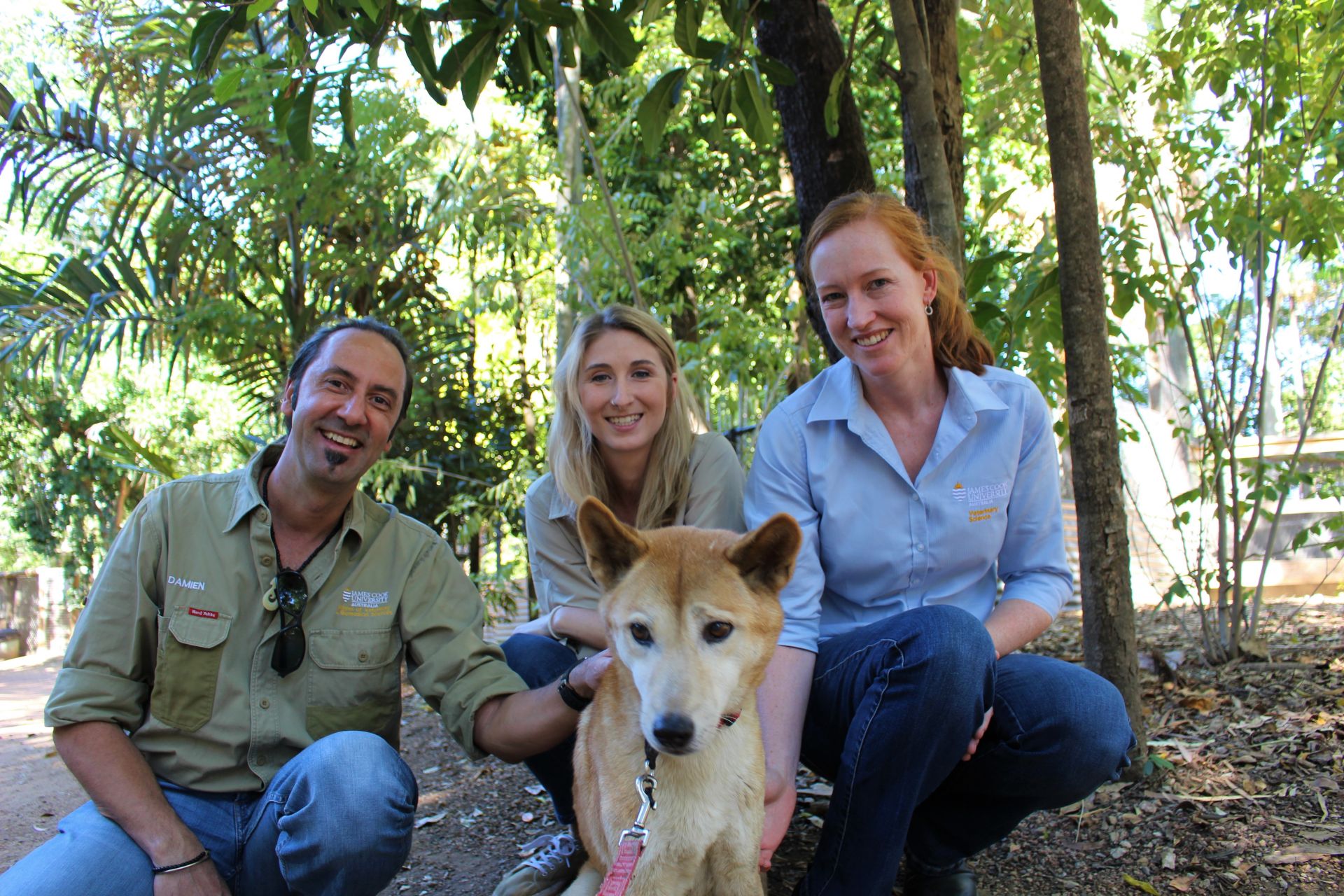 Researchers at James Cook University may have a better way to protect endangered canines such as dingoes, wolves and African wild dogs by using naturally occurring pheromones to minimise their stress.

JCU scientist Associate Professor Damien Paris said that ‘appeasing’ pheromones are chemical messages normally excreted from the mammary gland of lactating female dogs, and are known to have a calming effect when smelled by both puppies and other adult dogs.

“The largest threat to wild canids is human-wildlife conflict, caused by ever-decreasing habitat. This exposes them to threats that include persecution, illegal poaching, vehicle collisions, and exposure to domestic dog diseases, which can cause whole populations to collapse,” said JCU PhD student Pia Riddell.

Current conservation strategies involve helping animals to move between fragmented natural habitats to avoid human conflict. However, such translocation can cause stress to wild canids that can have longer-term ramifications for their health and reproduction.

Associate Professor Paris and Ms Riddell from JCU’s Gamete and Embryology (GAME) Laboratory and Dr Carolynne Joone from JCU’s Discipline of Veterinary Science, in collaboration with international experts (below), propose that species-specific appeasing pheromones could be a new way to minimise stress and stress-related aggression in these animals during translocation and other conservation interventions.

“If we succeed in showing that African wild dog-specific appeasing pheromones effectively reduce stress and aggression during their translocation, this could pave the way for the isolation and use of species-specific pheromones to manage stress in other canid species, or perhaps even primates and humans,” said Associate Professor Paris.

The work has recently been published and is freely available in the scientific journal Animals (doi.org/10.3390/ani11061574).