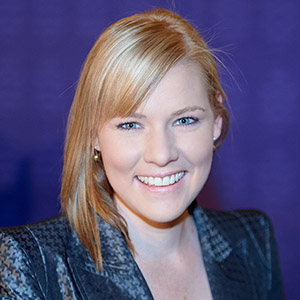 Diane Ruhl is the Principal / Director of a Boutique Law Firm – Ruhl Family Law Centre. The firm opened in June 2016 and is located at 43 Ingham Road Townsville. When Diane was awarded the Early Career Alumni Award she was the Associate of a Law Firm in Townsville. In just a few short years Diane had gained the respect of the legal fraternity for her integrity, hard work and passion for helping other young lawyers. Diane graduated from JCU with a Bachelor of Laws with Honours in 2007.

During her degree she won the Macrossan & Amiet Prize A and B, the Roberts Nehmer McKee prize, the RJ Douglas Chambers Prize in law of Practice, the LexisNexis Prize H and the Queensland Law Society Prize.

After graduating she secured the sought-after position of Associate to the Honourable Justice Cullinane - a position only awarded to those with exceptional academic records.   She was then offered a graduate role at a Law Firm in Townsville and shortly progressed through the ranks being appointed Associate after just two years with the firm, and then Senior Associate and Partner.

Diane is an exemplary role model, and keenly promotes and mentors young female practitioners.  She also helps aspiring lawyers in her role as a sessional lecturer at JCU and in 2010 was awarded at the Sessional Staff Teaching Awards for Outstanding Contributions to Student Learning.

Diane was named Queensland's Emergent Woman Lawyer in September 2011 -  the first time the Award was provided to a person from regional Queensland. In 2018 Diane was nominated as a Finalist of the Regional / Suburban Lawyer of the Year in the Lawyers Weekly, Australian Law Awards.

Diane is a highly motivated individual who continues to make an outstanding contribution to the legal and wider community.