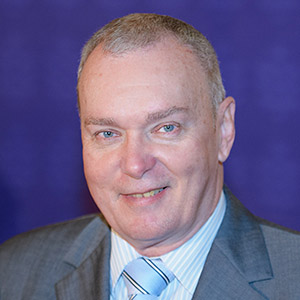 Professor Clive Moore is Australia's primary academic with expertise into the history of the Australian South Sea Islander community. He is internationally renowned as a Pacific scholar, with 17 major publications and (at last count) more than 80 refereed articles, chapters and major encyclopedic entries.

Professor Moore graduated from JCU in 1973 with a Bachelor of Arts (Honours) and was awarded his PhD in 1982. His doctorate researched the history of Melanesian immigrants to Queensland in the 19th century labour trade.

It was the first major study of the islanders to use large amounts of oral testimony, and to use computers for sorting data. In 1979, this was no mean feat and the use of computers in this way was rare.

Professor Moore is currently Head of School in History, Philosophy, Religion and Classics at the University of Queensland. he has worked as a consultant and adviser in distance learning in Papua New Guinea, and last year was elected Fellow of the Australian Academy of Humanities. He has done much to advocate for the recognition of Australia's South Sea Islanders as a distinctive community.

The prestigious Cross of Solomon Islands was awarded to him in 2005 to recognise 35  years of work on the history of the Solomon Islands particularly the island of Malaita.

This Cross is equivalent to the Order of Australia medal and no other academic has ever been awarded so highly. Currently Professor Moore is creating a website on the history of the Solomon Islands from 1893 to 1978.

The website, to be launched later this year, will be the first large-scale digital history of any Pacific nation and marks the culmination of a career's worth of work by Professor Moore.