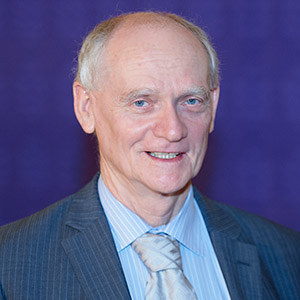 Professor Mackinnon is the founder and former Executive Director of the Institute for Future Environments (IFE) at QUT and since 2016, is focused on strategic research projects in the energy and environmental sectors. Ian was previously a senior executive at the Australian Research Council (ARC), one of Australia’s leading research funding agencies. At the ARC, he was Executive Director for Engineering and Environmental Sciences and directed the Linkage Projects Scheme – a program providing strong support for outcome-focused, collaborative research between universities and industry. He also managed the portfolios of the Physics, Chemistry and Geosciences panel and the Maths, Information and Computing Sciences panel for significant periods during his tenure at the ARC. Professor Mackinnon has more than ten years experience in technology transfer including direct involvement with two start-up companies. He was founder and executive director of NanoChem Pty Ltd which developed environmentally friendly new materials for the chemicals and wastewater-treatment industries. He has served as board member or shareholder representative for four Cooperative Research Centres affiliated with QUT.

Throughout his career, Professor Mackinnon has developed infrastructure and tools for cutting-edge research in materials characterisation and for technology demonstration; much of this achieved in Queensland. He has built or had oversight of more than eight different pilot plants, responsibility for installation of more than 25 electron-optical columns and facilitated development of a technology for the minerals industry that is now installed in more than 50 sites worldwide. Current activities include installation of concentrated photovoltaic (CPV) arrays and their integration with hybrid renewable energy systems.

Professor Mackinnon was deeply involved in the team that delivered QUT’s Science and Engineering Centre and, since 2009, has been instrumental in the collaborations to establish the IFE, the Cube, CARF, Banyo Pilot Plant Precinct and other research infrastructure for the STEM disciplines at QUT. Professor Mackinnon’s current RD&D interests are focused on the synthesis, characterization and modelling of high performance materials for use in the energy, transport and environmental sectors. These materials include boron-based compounds, perovskites, zeolites and clays focused on structure-function properties such as superconductivity, ion exchange, electron storage and chemical detection.