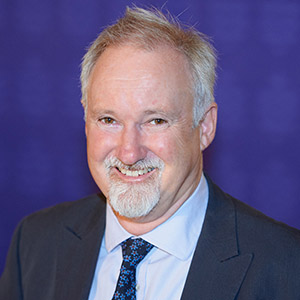 Dr Richard Smith has been making science and natural history programs for 25 years and is perhaps one of JCU's best-known alumni.

Richard's most accomplished production to date was the four-part series Australia: The Time Traveller's Guide that was broadcast on ABC in April this year.  This groundbreaking documentary explored the evolution of the Australian continent, with Richard as host, travelling to the dawn of time by visiting Australia's most geologically significant sites.

Richard was awarded his PhD in Marine Biology at JCU in 1986 and was selected as one of a small group of graduates for a specialist trainee-ship with the ABC-TV science unit.

During his 20-year career with the ABC, Richard produced, directed and reported for ABC science programs Quantum, A Question of Survival and Catalyst.  He has also produced numerous prominent documentaries for the world television market and has won a long list of prestigious awards.

In 2007 his feature-length film Crude:  The Incredible Journey of Oil,  explored the history of one of our most contentious commodities at a time of peaking fuel prices.  Crude was internationally acclaimed and has won more than 12 film awards, including the coveted Earth Sciences category at Jackson Hole and the Walter Sullivan Medal for Science Journalism for the American Geophysical Union, the world's largest professional association of earth scientists.  He also produced the ABC TV series Voyage to the Planets, which won Best Television Series in the 2011 SCINEMA awards.

Over his career Richard has pioneered the role of one-man cameraman, travelling to remote parts of the globe to create, write, produce, host and shoot programs.  He has combined a love of science with film-making to bring the important issues to our screens in award-winning documentaries.