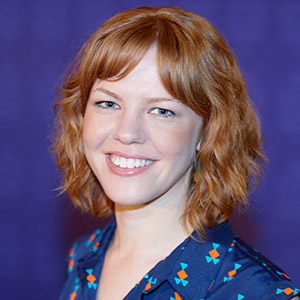 At the time she was awarded a JCU Outstanding Young Alumni Award, she was an associate producer with the ABC News channel, News 24. She graduated from JCU in 2008 with a Bachelor of Arts/Journalism, majoring in French.  During her degree she received a number of awards for her academic performance.

These included an Entry Bursary for the Faculty of Arts, Education and Social Sciences in 2004, the Alliance Francaise Prize in 2005, and the University Medal in 2008 for obtaining an overall grade-point average of more than 6.5.  She started her career as the cross-media reporter for ABC Local Radio in Townsville, filing reports for radio and online.

In 2009 she was a finalist in the coveted Walkley Young Australian Journalist of the Year Awards, following her coverage of the Ingham floods earlier that year.

In 2010 she moved to the ABC in Sydney and since 2013 has been part of the Australian Story team, beginning as a researcher and now producing her own episodes. Prior to that, she was an associate producer-reporter for ABC News 24, a role that involved scripting news bulletins, editing vision and conducting live broadcasts.  She was involved in the six-month piloting process to launch the national broadcaster's new 24-hour news service, which continues to broadcast and stream live free-to-air national and international news stories.

Winsome has returned to North Queensland on occasion to file stories for ABC News 24, including a stint in Cairns to report on Cyclone Yasi in February 2011.  She has travelling in her blood, following eight months abroad in France as part of her degree and a year in Belgium as a Rotary Youth Exchange student after high school.

Winsome had always wanted to work at the ABC and appreciated the mix and enthusiasm of the journalism lecturers she met at JCU.