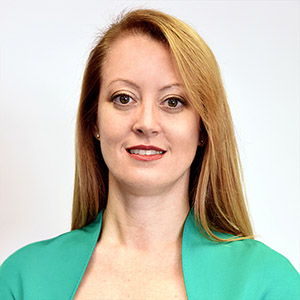 Moya Steele is a partner of MacDonnells Law, one of Queensland's largest and oldest independent law firms.

Having focused on the conventional areas of property law at the outset of her career, Ms Steele's strong instincts for government administration, commercial strategy and architecture saw her develop into the specialisation of planning and environmental law.

Developed through her 17-year legal career, Ms Steele has a keen ability to see a strategic path to successfully complete projects and cut through the 'red tape' while managing teams of experts in various disciplines to deliver the projects.

As a result, Ms Steele has played a pivotal role in ensuring the success of some of North Queensland’s most significant developments for organisations, including local governments, Queensland Government and government-owned corporations, as well as private development interests.

She also instructed on two landmark decisions in Queensland, creating significant new precedents in relation to the requirement of a Minister to give a procedural fairness to its assessment of projects.

Ms Steele's success in the early stages of her career and strong client relationships, meant that at the age of 32, she was appointed a partner of MacDonnells Law, the youngest woman in the firm's 133-year history to achieve this honour.

She was soon invited to become an equity partner (owner) and is now at the helm as one of only three state-wide Board members for the firm.

In addition to growing the firm's client portfolio, Moya is also a strong advocate for the development industry and its benefits to regional economies generally, holding advisory positions on the Townsville chapter of the Property Council of Australia and the Industry Review Group for the Townsville City Council's recently released Planning Scheme.

As a business owner, she understands that economic development is critical not only for the growth of her specific legal practice, but also for the growth and sustainability of her business, her staff and the community, which is demonstrated by her recent application and appointment as a director for Townsville Enterprise.

Ms Steele is also a State Government-appointed Director to the Board of SunWater Limited, managing a regional network of bulk water supply infrastructure across Queensland.

Moya Steele completed a Bachelor of Arts-Bachelor of Laws at James Cook University in 1997.