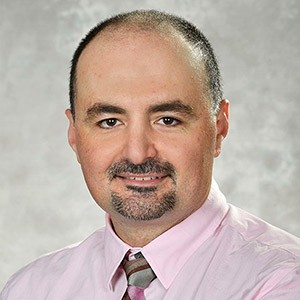 He is also Director of the Griffith Graduate Infection Prevention and Control Programs at Griffith University.

Professor Shaban is an internationally respected clinician, educator and researcher.

A nurse scientist and paramedic, his expertise in emergency care and infection prevention and control is the basis of a highly successful and integrated program of teaching, practice, and research.

Professor Shaban has a strong international standing and reputation among his peers in his specialisations, and is highly regarded within the College of Emergency Nursing Australasia and the Australasian College of Infection Prevention and Control, and other professional groups such as the Australian College of Nursing.

He is President of the Australasian College for Infection Prevention and Control, a role that he assumed in November 2015, which will enable him to realise the longer-term goals he and others have worked hard to establish.

Under his direction as Editor-in-Chief, the Australasian Emergency Nursing Journal has become a professional and highly regarded international journal.

Professor Shaban is also an active member of a variety of professional groups and committees, including the Australian Strategic and Technical Advisory Group on Antimicrobial Resistance and Senior Editor of the journal Infection, Disease and Health.

In 2016, Professor Shaban was appointed Temporary Advisor to the Western Pacific Regional Office of the World Health Organisation in the area of antimicrobial resistance.

He was awarded his PhD in 2011 at Griffith University and was appointed full professor in 2013 at the age of 38.

He has displayed these attributes, as well as being someone who fosters growth and success in others.

He inspires all stakeholders with his honesty, professional integrity, and impressive vision clearly communicated.

His abilities continue to reinforce his capacity to lead others. His leadership is inclusive and he has the rare ability to manage both ‘up and down’ with his supervisors, peers and the staff he leads.