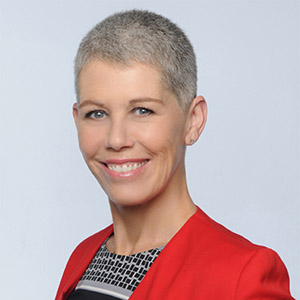 Deborah Noller is the CEO and co-founder of Switch Automation, a company which utilises the Internet of Things to collect, process and manage data for portfolios of buildings. Established in 2005, Switch Automation began in Sydney and has since expanded its presence to include five offices in four countries.

Using cloud technologies, Switch Automation offers a platform that allows their clients to integrate and manage buildings by providing real-time analysis of performance in areas including energy management, proactive maintenance and automation. Their aim is to make smart buildings the new business norm.

When Switch Automation was founded, the building automation industry looked vastly different to today and it was Ms Noller’s unique perceptions that helped keep the company on top of changes in technology. Her ability to identify changes in the market helped them embrace technologies and become a thought leader in the smart building industry.

Passionate about how technology can be used to help companies achieve more efficient business operations, Ms Noller’s team’s work has resulted in hundreds of thousands of dollars in savings for Switch Automation’s clients, which include Fortune 100 companies.

Ms Noller’s approach to efficiency and sustainability embraces the intrinsic way these two concepts work together to achieve the best possible outcome with the resources available. She believes that when a business runs efficiently, that leads to sustainability.

Recognising the importance of human resources, Ms Noller has worked to grow and develop efficient teams which have contributed to the overall success of Switch Automation. Her dedication to establishing teams that are both technically competent and enjoyable to be around is one of Ms Noller’s proudest achievements.

A dynamic leader, she believes in nurturing talent and mentors other women in business and technology to help them achieve their goals. In 2013, Ms Noller was one of eight women in the inaugural Springboard Australia program, an initiative that mentors and coaches women who lead high-growth businesses.

Her skills and expertise have helped to establish Ms Noller as a leader in an industry that is still very male-dominated and her passion and drive have allowed her to grow both personally and professionally.

Ms Noller was a keynote speaker at the inaugural Festival of Ideas in Townsville in 2016, where she also led a masterclass on entrepreneurship.

Deborah Noller graduated from James Cook University in 1989 with a Bachelor of Commerce, majoring in Computer Science.