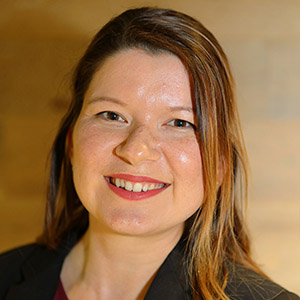 Larissa Brown (nee Daveson) was recently appointed to the role of maintenance support engineer for Roads and Maritime Services, NSW. Before that she was a steam and power project engineer at Wilmar Sugar in North Queensland where she was responsible for the design, planning and execution of boiler capital projects across the four Wilmar Sugar mills in the Burdekin. These projects ranged from small improvements to multi-million-dollar investments involving many contractors and external resources.

At a time when Wilmar was making major investment decisions in relation to energy co-generation, Ms Brown was responsible for driving multi-million-dollar capital spends involving high pressure coordination of teams of internal and external contractors and resources.

Ms Brown joined Wilmar as a part of their graduate program where she helped to establish the Wilmar Sugar Chartered Engineering Meeting, which is a monthly meeting aimed at helping young engineers develop their skills within the company. She chaired these meetings for two years before implementing a transitional leadership structure to ensure their continued success.

Keen to develop her professional skills and contribute to the industry, Ms Brown participates in the sugar industry’s Young Participants Forum, which is a group of young sector representatives who get together to discuss industry issues, including how to help the sugar industry progress and thrive into the future.

In the sporting arena, Ms Brown has demonstrated excellence and shown exemplary commitment to her community. She has competed in many sports at a representative level, including in table tennis where she’s the current number 1 ranked over 30 player and Queensland doubles champion.

At a community level, Ms Brown has become a spokesperson and fundraiser for Breast Cancer Network Australia and has also fundraised for other organisations including the Cancer Council. She has been a Camp Quality Volunteer since 2012 and attends camps as a companion for young people and siblings who have been affected by cancer. Ms Brown is also the president of the Townsville Concert Band and, along with her husband, provides foster care for abused and neglected dogs.

Larissa Brown graduated in 2012 with a Bachelor of Engineering (Mechanical).