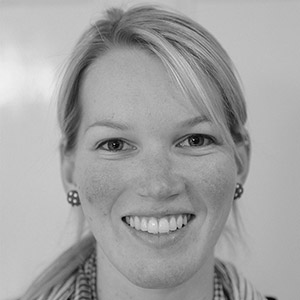 Nicola Filsell is the co-owner of Pepper Tree Productions, a video production and event management company in South Australia as well as a freelance floor manager and stage manager, working across opera, theatre, festivals and sporting events.

Throughout her short career, Ms Fisell has worked in the technical theatre area in Queensland and South Australia, including a quick progression into prestigious stage managerial posts at state opera and theatre companies.

Ms Filsell’s career began immediately after she completed her studies, when she was head-hunted for a stage manager role by the Just Us Theatre Ensemble (JUTE) in Cairns. From there she worked at Dancenorth and the Riverway Arts Centre in Townsville before moving to Brisbane, where her career enjoyed a rapid progression.

In a profession notorious for its caution towards newcomers and outsiders, Ms Filsell established her reputation as a theatre technician and stage manager with the Queensland Theatre Company between 2008 and 2010. In 2011 she was appointed the stage manager for Opera Queensland.

After relocating to Adelaide later that year, she became stage manager at the State Opera of South Australia. Her work includes the 2016 world premiere of Cloudstreet, an opera based on the novel by Tim Winton.

Ms Filsell has also been involved in WOMADelaide as the calling stage manager and the production coordinator, the Adelaide Festival of Arts, Adelaide Cabaret Festival, and the Adelaide Fringe Festival.

Not limiting her skills to theatre, Ms Filsell has worked as a floor manager at the Adelaide Oval for AFL matches, T20 cricket, and international soccer matches. She was also floor manager for the Australian Baseball Championship Series games held in South Australia and the floor manager for the live TV broadcast of two stages of the Santos Tour Down Under road cycling race in 2015.

With a particular interest in theatre for children, Ms Filsell has been involved in a number of productions in Queensland and South Australia that aimed to bring the magic of theatre to schools.

Recognising the importance of future-proofing her career, Ms Filsell established Pepper Tree Productions with her husband after identifying a gap in South Australia’s event management and video production market. The business provides live images to big screens for major concerts and events in Adelaide and the surrounding regions, which has included Santana in concert and the Clipsal 500 After-Race Concerts.

Nicola Filsell graduated from James Cook University in 2007 with a Bachelor of Theatre with a major in Technical Production.