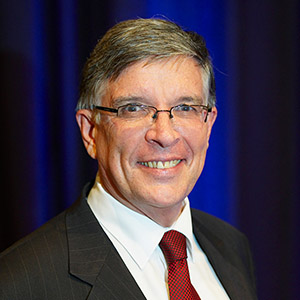 Bill Tweddell was elected Chancellor of James Cook University by JCU Council in November 2015 and took up duty in March 2016.  Before that he was the Australian Ambassador to the Philippines from January 2012 till January 2016.

The following year he joined the Department of Foreign Affairs and was soon posted to Dhaka in Bangladesh, with subsequent appointments to Athens and New Delhi, where he rose to the rank of Deputy High Commissioner.

In 1995-969, Bill was High Commissioner to Sri Lanka and the Maldives and from 1996 to 1998, he was Chief of Staff and Principal Adviser to the Australian Minister for Foreign Affairs, Alexandra Downer.

Bill is married to Chris (nee Austin, also a JCU graduate).  They have two adult sons, Andrew and Paul.