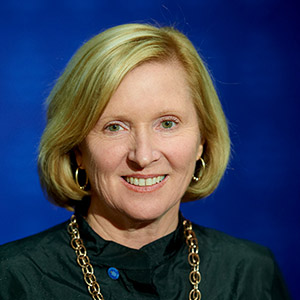 Attaining a Diploma of Teaching from the Townsville College of Advanced Education in 1975, Dr Day spent ten years teaching at St Joseph’s in Mt Isa, St Joseph’s in Mundingburra and Holy Spirit in Aitkenvale. In the meantime she graduated from James Cook University in 1980 with a Bachelor of Education.

Some years later she began a Masters in Educational Administration at Deakin University transferring her studies to JCU and being invited to upgrade it to an Honours Master and subsequently a PhD, which was awarded in 2002.

She has served as principal of Holy Spirit School and then Ryan Catholic College and joined the Catholic Education Office in 2000 as Assistant Director and then Deputy Director School Services before being promoted to her present position in 2006.

In 2002, she was the Townsville Corporate Business Woman of the Year and in 2003 was awarded a Churchill Fellowship to study initiatives in rural/remote and aboriginal education in Canada. In 2010, Dr Day was invited to present workshops in the UK and Ireland and share her experience of introducing meditation to children.