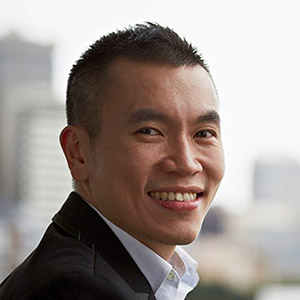 Dr Liang Joo Leow (OAM) is a Conjoint Senior Lecturer at the University of New South Wales and a Clinical Adjunct Senior Lecturer at the University of Notre Dame. He is a dermatologist qualified in the highly specialised field of Mohs micrographic surgery, and is currently the only dermatologist ever appointed to the Advisory Committee on Medicines of the Therapeutic Goods Administration.

Dr Leow completed his Higher School Certificate at Fort Street High School and went on to read medicine at UNSW, earning a Bachelor of Science (Medicine), Bachelor of Medicine and Bachelor of Surgery (Honours). In 2005, he graduated from James Cook  University with a Master of Public Health and Tropical Medicine. His interest in this field was sparked while working on AusAID-funded national health projects in East Timor, in 2002.

As part of his studies at JCU, Dr Leow researched a bacterial cause for one of the most common skin ailments – rosacea. He continued this research while training in dermatology. In 2011, he and his colleagues published their findings in the Journal of the American Academy of Dermatology. For an inflammatory skin condition that until then was widely believed to be unrelated to infection, they proved a possible link with a common skin bacteria.

Dr Leow is also an acclaimed interpreter and translator. He belongs to two elite groups of UN-level linguists, the International Association of Conference Interpreters (AIIC) and the American Association of Language Specialists (TAALS). He has interpreted at G20 Summit meetings around the world, while closer to home, he served as an examiner for the peak credentialing body, the National Accreditation Authority for Translators and Interpreters (NAATI).

In 2005, he won the inaugural Australian Institute of Interpreters and Translators (AUSIT) Excellence Award for simultaneous interpretation of the Schapelle Corby verdict on national television, relying entirely on an audiovisual link from a courtroom overseas; a first for Australian broadcasting. Expanding on his background in languages, he has been a professional voice artist for over a decade, and can be heard regularly on radio and television.

Apart from medicine and languages, Dr Leow holds qualifications in information technology, music, accounting and real estate; and is an alumnus of the Boston Consulting Group. He is a Graduate of the Australian Institute of Company Directors and is a member of Mensa.

Continuing education has special meaning for Dr Leow, as university study continues to feature in his endeavours. He recently completed a Bachelor of Arts at the University of New England and was awarded the university prize for Linguistics. He received the university’s Alumni Achievement Award in 2019.

On 26th January 2020 Dr Leow was awarded an Order of Australia medal for his service to medicine and the community.