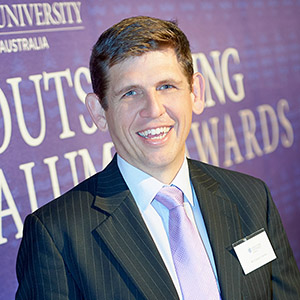 Clayton Carnes is currently the Principal at Manly State School in Brisbane, prior to this appointment he was the Principal of Hermit Park State School from 2007 - 2017 and in 2010 he was invited to join Microsoft’s 12-member International Advisory Panel for their Global Partners in Learning program.  At the time Hermit Park State School was just one of 12 schools worldwide selected as a Microsoft World Mentor School, and during his time in Townsville Mr Carnes was selected as the chairperson of the worldwide board.

With his focus upon ICT and sustainability, Hermit Park State School increased enrolments from 280 to 550, and all data sources have improved including NAPLAN and school morale figures.

In 2011, Mr Carnes was recognised in the Australian Government Awards for Teaching Excellence for “Excellence by a Principal”, and last year was named Information Communications Technology (ICT) Educator of the Year in the National iAwards.  He is chair of the Queensland Principals Association – ICT and president of the not-for-profit Joyful Foundation.

Mr Carnes has maintained his connections with the University by supporting JCU pre-service teachers who undertake their school-based Professional  experience under his leadership at Hermit Park State School.  He has also embraced the School of Education’s EHSB Scholarship program.

Since 2011, Mr Carnes has presented guest lectures in a core, foundational sustainability subject for first year pre-service teachers in the Bachelor of  Education.  He has also delivered keynote addresses on ICT leadership in schools in the UK, the US, Thailand South Africa and Singapore.