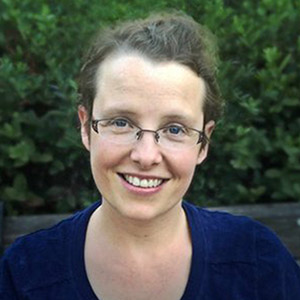 Dr Bode completed her Bachelor of Arts with First Class Honours in English literature at James Cook University in 2001, winning eight prizes, including the University Medal.  She is now a Senior Lecturer in the Centre for Digital Humanities Research at Australian National University.

In 2011, aged 32, she accepted an appointment as Senior Lecturer in Literary and Textual Studies at the Australian National University and was Head of the Digital Humanities Hub for 2012 and 2013.

Dr Bode’s parents, Lance and June, were for many years much-loved stalwarts of JCU, Lance as an Associate Professor of Mathematics and June as a Student Learning Advisor specializing in Academic Literacy.

Dr Bode has drawn on that joint inheritance in the groundbreaking Reading By Numbers (London and New York, Anthem Press 2012), in which she extracts, graphs and analyses the mass of publication data in the AUSTLIT database to rewrite Australian literary history.

Her book challenges several received ideas about Australian literary history.  She demonstrates that most Australian colonial fiction was in fact not published in London and that in the 1990s Australian publishing did not go into decline.

She also shows also that in Victorian times women were much more likely than men to be published in London and, while she confirms that women’s writing has increased in the 2000s, explores whether this represents increased social and political power or a decline in the impact of the novel in Australia.

Each of Dr Bode’s discoveries and her ideas has the potential to reconfigure an aspect of Australian literary history, but perhaps her methods set the most challenging example for Humanities scholars, and open most avenues for fresh research in the Humanities.

Dr Bode’s current ARC Discovery project investigates both Australian and non-Australian fiction serialised in Australian newspapers in the 19th and early 20th centuries. She is looking to establish what novels were read then and where they came from, in order to understand how literature travelled globally at the time, and how the movement of fiction shaped Australian literary culture.