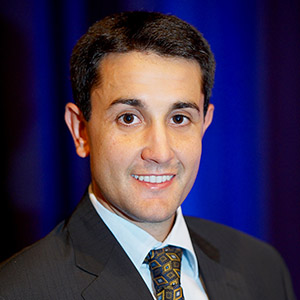 Shadow Minister for Environment, Science, the Great Barrier Reef and Tourism David Crisafulli was elected member for Mundingburra in the 2012 Queensland State Government elections and was invited to be Local Government Minister in the Newman Government. In 2017 he was re-elected to the Queensland Parliament as Member for Broadwater.

At the time of receiving the award, David was Deputy Mayor of Townsville, a position he had held since Townsville and Thuringowa Councils were merged in 2008.  He previously served on the Townsville City Council for four years, from 2004.

After graduating from JCU with a Bachelor of Journalism in 2000, David began working with WIN News and by 2002 was News Director for Townsville with the television network.

He also worked as a contributor for the Australian and Sunday Mail newspapers, as a newsreader for DMG radio and was a casual lecturer at JCU.

Before being elected to Council, David worked as a media advisor in the Howard Government.

David was born and educated in Ingham.