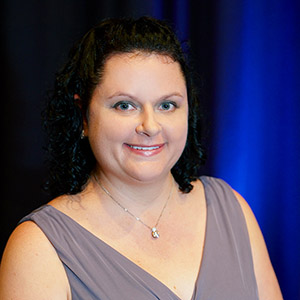 Sarah Chapman is the Head of Department of Science at Townsville State High School, North Queensland and is in her fifteenth year of teaching. Sarah is passionate about inspiring, engaging and empowering people through STEM, fueling sparks of curiosity in the classroom that build strong lifelong connections with the wonder, ingenuity and dynamic possibilities of STEM.

Sarah commits extensive portions of her own time lifting the profile of science education, by working with students, teachers and the broader community. In 2016 Sarah was instrumental in establishing a Virtual STEM Hub for North Queensland. In this role Sarah developed authentic STEM enhancement opportunities, with industry, research and education, for students (gifted, Indigenous and socio economic disadvantaged) from regional, rural and remote areas of North Queensland. In 2014, Sarah with support from Inspiring Australia, established the Townsville STEM Hub to bring together STEM organisations in the region. Sarah is an Executive Committee member of Women in Science Australia, since 2014 she has word to promote the priorities of STEM education for girls and assisting in the coordination of STEM engagement events. In 2017, Sarah was invited to join become a Director on the Board of Australian Girls ESTEAMME Collaborative, a subsidiary of Global Girls Collaborative, bringing together organisations that are committed to information and encouraging girls in Entrepreneurship, Science, Technology, Engineering, Arts, Maths and Maker Education. She became a Science Teachers Association (STAQ) member in 2008 and was the STAQ Vice President in 2016 and 2017. Sarah has travelled to Japan in 2014, the United States of America in 2015 and Singapore, Finland, England, the United States of America and New Zealand in 2016 to expand her knowledge, skills and networks in STEM education, contributing towards building the capacity of STEM education nationally.

Sarah Chapman has been a keynote and invited speaker at a range of International, National and State STEM education conferences. She is an inspirational speaker and workshop presenter, having been invited to speak at local, state and national STEM events. Sarah is a transformational leader, she has led the progression for the involvement of teacher representatives at major consultative and policy driving events like Science meets Parliament and national STEM advisory groups including the Australian Chief Scientist’s STEM Education Advisory. Sarah is also regularly consulted by a range of institutions for the advice around vision and directioning of STEM engagement, particularly of young people, including the Invergowrie Foundation – National STEM Forum, Office of the Australian Chief Scientist, CSIRO Head STEM Education Programs, James Cook University College of Science and Engineering, Engineering Australia – North Queensland Branch, Townsville Enterprise Limited, iNQ, BRAINSTEM Victoria, She Flies Program Founder and the STEM Champion of Department of Education, North Queensland.

Sarah Chapman was selected for one of the inaugural Barbara Cail STEM Fellowships in 2016, which involved international travel to research best practice in engaging young people into STEM. In 2017 Sarah co-authored Engaging the Future of STEM Report, including the findings from the Barbara Cail STEM Fellowship, published by the Chief Executive Women and the Australian Government. Sarah was awarded the prestigious Prime Minister’s Secondary Science Teaching Prize for Excellence in Science Teaching in 2013. In 2014 she was selected as a Queensland Government Science Champion. Sarah’s work has also been recognised with a prestigious Peter Doherty, Outstanding Teacher of Science Award in 2008 (Queensland Government) and an Australian Award for Teaching Excellence in 2009 (Teaching Australia). She also led a cluster of schools to be awarded the Commonwealth Bank of Australia Showcase Award for Excellence in the Middle Phase of Learning in 2009 (Education Queensland).  In 2010 Sarah was awarded the James Cook University Alumni – Outstanding Early Career Award. Sarah graduated from James Cook University with a Bachelor of Science with Honours Class 1 in 1998, where she was awarded the Quantum Scientific Prize for best overall performance in the Physiology & Pharmacology Honours Program. She completed her Graduate Bachelor of Education in 2003.