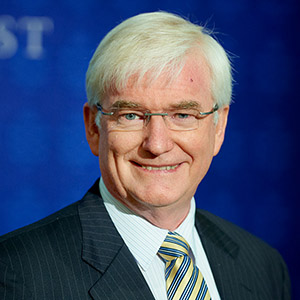 Born in Mackay, Mr Poole graduated from James Cook University with a Bachelor of Economics (Commerce) in 1976, later attaining a Graduate Diploma in Business Administration from the QUT.

A Fellow of the Institute of Chartered Accountants in Australia, CPA Australia, and the Australian Institute of Company Directors, Mr Poole has spent most of his working life in the public service with more than 23 years in the Queensland Treasury Department.

His other roles have included being director of World Master Games and Gold Coast Events Management Ltd, a member of the finance and Property Board of the Queensland Synod of the Uniting Church, and a member of the Board of Governors of St Andrews War Memorial Hospital in Brisbane

In a voluntary capacity he was Treasurer of the National Trust of Queensland from 2001 to 2004. Prior to his appointment as Auditor-General, Mr Poole was Deputy Director of the then Department of Tourism, Fair Trading and Wine Industry Development.