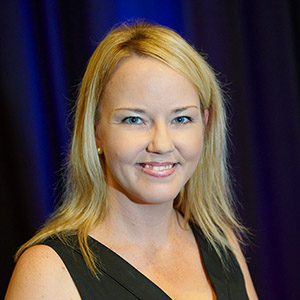 Ms Ranee-Lee Crosby is the Chief Executive Officer of Port of Townsville Limited, and was an appointed member of the 15th JCU Council.

Ranee joined the Port of Townsville in 1996 after leaving school and continued to work there after enrolling at James Cook University in 1997.  After seven years of part-time study she graduated with a Bachelor of Laws in 2004.

She has more than 20 years' experience in the port and shipping industry. As CEO of Port of Townsville Limited, Ranee has overall responsibility for the strategic leadership, direction and operation of the Ports of Townsville and Lucinda.

Prior to her appointment as CEO in 2013, Ranee held a number of senior executive positions in commercial, planning, property and governance fields.

Born and raised in North Queensland, Ranee is passionate about the economic opportunities for the region and Northern Australia.  She has led, managed and advised on a number of major infrastructure projects and investments, and she has a comprehensive understanding of port and supply chain operations.