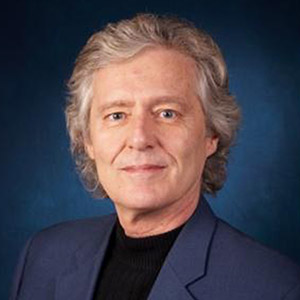 Professor Paul Amato was awarded his Doctor of Philosophy (Behavioural Science) at James Cook University in 1983. He is the Arnold and Bette Hoffman Professor of Family Sociology and Demography at The Pennsylvania State University.

Professor Amato is a leading US researcher in the areas of causes and consequences of separation and divorce, marriage and marital quality, parent-child relationships, psychological distress and wellbeing over a person’s life.

After gaining his PhD at James Cook University in 1983, Professor Amato worked as a Research Fellow at the Australian Institute of Family Studies, and as Professor in the Department of Sociology at the University of Nebraska-Lincoln.

He has won many national and international awards, including the Ernest Burgess Award for outstanding scholarly and career achievement in the study of families, National Council on Family Relations and four times has been awarded the Reuben Hill Award from the National Council on Family Relations for the best article published in the previous year to combine theory and research on the family.

He has also been awarded the Distinguished Career Award, from the American Sociological Association, the Stanley Cohen Distinguished Research Award from the Association of Family and Conciliation Courts and the Impact Award, Coalition for Marriage, Family, and Couples Education.

In 1992, Professor Amato won a Fulbright (Indo-American) Fellowship from the Council for the International Exchange of Scholars to conduct research in India.

Professor Amato has an extensive list of published books and journal articles in the world’s leading scholarly journals and has collaborated extensively internationally.