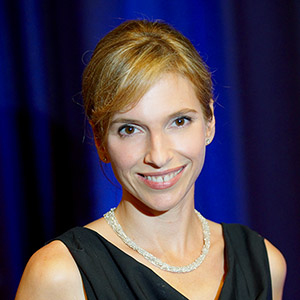 Ms Andrea Della Mattea is currently the President, Asia Pacific at Microsoft, where our mission is to empower every person and every organisation on the planet to achieve more. Based in Singapore, Andrea leads Microsoft's commercial and consumer products, services and support business across the region. Andrea also serves as a Non-Executive Director for Meals on Wheels and on the Business Advisory Committee for the Habitat for Humanity Australia.

A student of James Cook University between 1989 and 1992, Andrea received her Bachelor of Engineering (Computer Systems) with Honours Class 1 in 1993. Andrea is also a Graduate Member of the Australian Institute of Company Directors.