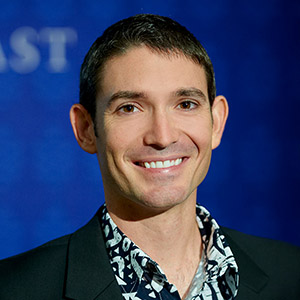 Dr Christopher Bartlett is currently the Vanuatu Country Director of the SPC-GIZ Coping with Climate Change in the Pacific Islands Region Programme and Secretariate of Vanuatu's National Advisory Board on Climate Change & Disaster Risk Reduction.

In 2009-2010, he was a visiting scholar with Nobel Prize winner Elinor Ostrom at Indiana University working on political theory and policy analysis.

Dr Bartlett’s PhD thesis was on “Contemporary Melanesian marine Management: ecological and social outcomes of community-based governance institutions”. While he has been in his present position in Vanuatu since 2002, originally as a US Peace Corps volunteer, he has also undertaken work and research in Papua New Guinea and Australia.

His research and professional work includes the design and implementation of Vanuatu’s first marine protected area and the country’s first network of community reserves. His career objective is to study and enhance the capacity of indigenous and other marginalised communities to equitably self-govern, particularly in natural resource management and climate change contexts.

Dr Bartlett was a finalist for the 2006 BBC World Challenge prize and the 2009 UNDP Equator Prize and was runner–up in the 2008 UN CBD Indigenous Tourism and Biodiversity Award.

His research and work aligns perfectly with JCU’s Strategic Intent of “a brighter future for life in the tropics, world-wide”.