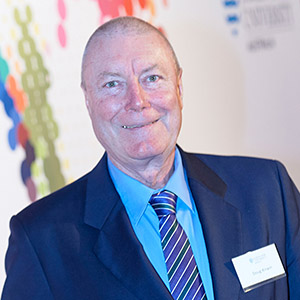 Mr Douglas Kirwin works as an independent mining and geological consultant in Thailand, after forging a successful, global mining career for the past 45 years.

Born in Queensland, Mr Kirwin is a mineral exploration geologist and has worked in various senior management roles in international companies.

In 1995 he accepted a role as Vice President, exploration for Indochina Goldfields, and later became a director of South Gobi Energy, Jinshan Gold.

He was also the founder and a consultant for International Geological Services, a Senior Geologist for AMAX Incorporated, and Geologist for Anglo American, Fiji, as well as working for Metals Ex Limited across various countries.

He is renowned for finding deposits in new areas or close to existing deposits, among which the discovery of the super giant Oyu Tolgoi deposit in Mongolia earned him the prestigious Thayer Lindsley Award in Canada in 2004.

Some of Mr Kirwin’s discoveries or significant resources expansions include a base metals mine in Jalisco, Mexico, Gasado in South Korea, the Jelai River in Indonesia, the Moditaung Deposit in Myanmar and Swan Hill in Australia.

In 2006 Mr Kirwin was named the International Exchange Lecturer for the Society of Economic Geologists and served as the Society’s Vice President from 2007 to 2010.