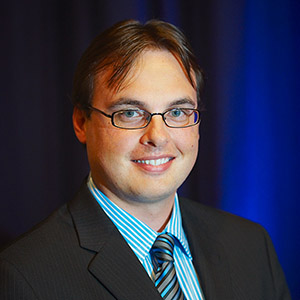 Dr Chris Fulton is a Senior Lecturer in Aquatic Ecology at the Australian National University.

Dr Fulton came north from the Hunter Valley in New South Wales to study marine biology at JCU where he achieved a Bachelor of Science with Honours Class 1 in 2001  and his PhD in coral reef fish ecology, which was conferred in 2005.

On completion of his PhD he accepted a post-doctoral position at JCU working on seaweed community dynamics before taking up his present position at ANU, where he has been awarded for his outstanding contributions to student learning (Australian Learning and Teaching Council Outstanding Citation 2011) and public communication of his highly-cited research (e.g. Fresh Science Award 2008).

Because of his role with the ARC Centre of Excellence he is a regular visitor to Townsville.  His research in functional ecology of aquatic ecosystems examines how the physical environment shapes patterns of aquatic biodiversity across the diverse range of biomes that include coral reefs, seaweed beds and tropical freshwater streams.