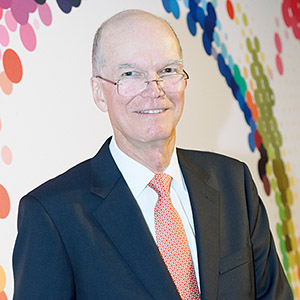 Dr Grant graduated from James Cook University with his Doctoral degree in fisheries production ecology in 1977.  He is First Assistant Secretary, Post Entry Quarantine, in the Australian Government Department of Agriculture.

He has been at the forefront of a number of key scientific and policy initiatives, in Australia and overseas, during a career spanning almost 40 years.

His focus throughout has been on the application of science into government policy decision-making and program delivery.

Dr Grant has worked for the Australian Government in Science (CSIRO); Industrial Relations; Environment, and Agriculture portfolios. He has also worked in Western Australia as an academic and in NSW in the Environment portfolio and the Olympic Coordination Authority (OCA).

Internationally, he has worked for the United States National Oceanic and Atmospheric Administration and for the UK Government, as a university academic, leading a fisheries aid program in the West Indies.

Dr Grant was responsible for the development of Australian industrial chemical safety policy through the creation of the National Industrial Chemicals Notification and Assessment Scheme in 1990, and was its first Director.

He was involved in proposing the Sydney Olympic Games, “Green Games” concept and, as Executive Director of Environment, Planning and Estate Management for OCA, from 1993 to 1998, in executing the delivery of this initiative.

Following that, he was involved in the creation of, and became the Chief Executive of the Australian Greenhouse Office that led early national climate change mitigation projects.

In 2002 he joined and subsequently became the Executive Director of the former Bureau of Rural Sciences and established the Centre of Excellence for Biosecurity Risk Analysis, located at the University of Melbourne, to assist government to research, apply and communicate biosecurity risk.

In 2008, Dr Grant became Chief Executive of Biosecurity Australia, an agency then responsible for applying risk analysis to the consideration for approval to import all plants and animals, and their products, into Australia.

Since 2013, he has been leading the Australian Government’s initiative to design, construct and transition operations for post-entry quarantine of high-risk animal and plant imports from five ageing quarantine facilities into a single, modern, $400 million facility in Melbourne.