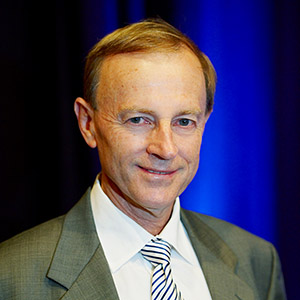 Professor Emeritus Ray Volker was the youngest student among the first cohort when University College Townsville opened its doors in 1961. He successfully completed his Bachelor of Civil Engineering with Honours in 1965, a Masters of Engineering Science in 1967 and - in the first year of James Cook University in 1970 - his PhD.

He then began an academic career at James Cook University that would last until 1994 and encompass being Dean of the Faculty of Engineering, Director of the Australian Centre for Tropical Freshwater Research and Head of the Department of Civil and Systems Engineering.

Professor Volker was a member of University Council from 1980 to 1985.

In 1994, he became head of the Department of Civil Engineering at the University of Queensland and was founding Vice Chancellor of Sohar University – an international partner of UQ and the first private university established in the Sultanate of Oman in 2000-2001.

He returned to UQ in 2004 and was Academic Director, International Programs until his retirement in 2010 however, he continues to be involved in substantial project work both nationally and internationally and has an appointment as Industry Fellow at the Centre for Mined Land Rehabilitation at The University of Queensland.