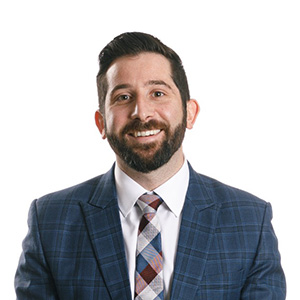 Peter Hodgson grew up in the small town of Mareeba, in north Queensland and is the first member of his family to have attended university. Right from the start, Peter was passionate and determined. After leaving school early, Peter began his study at JCU Townsville through the Tertiary Access Pathway, going on to complete a business degree and later a Masters in Financial Advice.

In between working and studying, Peter volunteered for the Cerebral Palsy Foundation (where he raised $20,000 sailing solo from Townsville to Cairns), the Lions Club Australia and Friends of Himalayan Children’s Foundation. During this time, Peter discovered his true calling, to help young Australians to achieve financial independence. From here he has gone from strength to strength.

Peter has won numerous local and state-based awards for management and financial planning, including the Australian Institute of Managements’ 30 under thirty and was a finalist in the Association of Financial Advisers Rising Star award. Peter is now a Partner at Walshs, in Brisbane, where he specialises in providing advice for medical practitioners.

Peter firmly believes that customer-focussed, goal-oriented advice is the key to financial independence. His advocacy for the early career stages of young Australians is what sets him apart. He volunteered for the Wealth Academy as financial literacy speaker and worked with Financial Commentator Noel Whittaker during the Federal governments ‘Money Smart Week’. Peter is indeed a perfect role model for young people from rural towns, demonstrating tenacity and perseverance to achieve one’s goals.

Peter Hodgson graduated James Cook University in 2012 with a Bachelor of Business majoring in Management and Marketing and was awarded the Academic Medal.