Bachelor of Science in Marine Biology 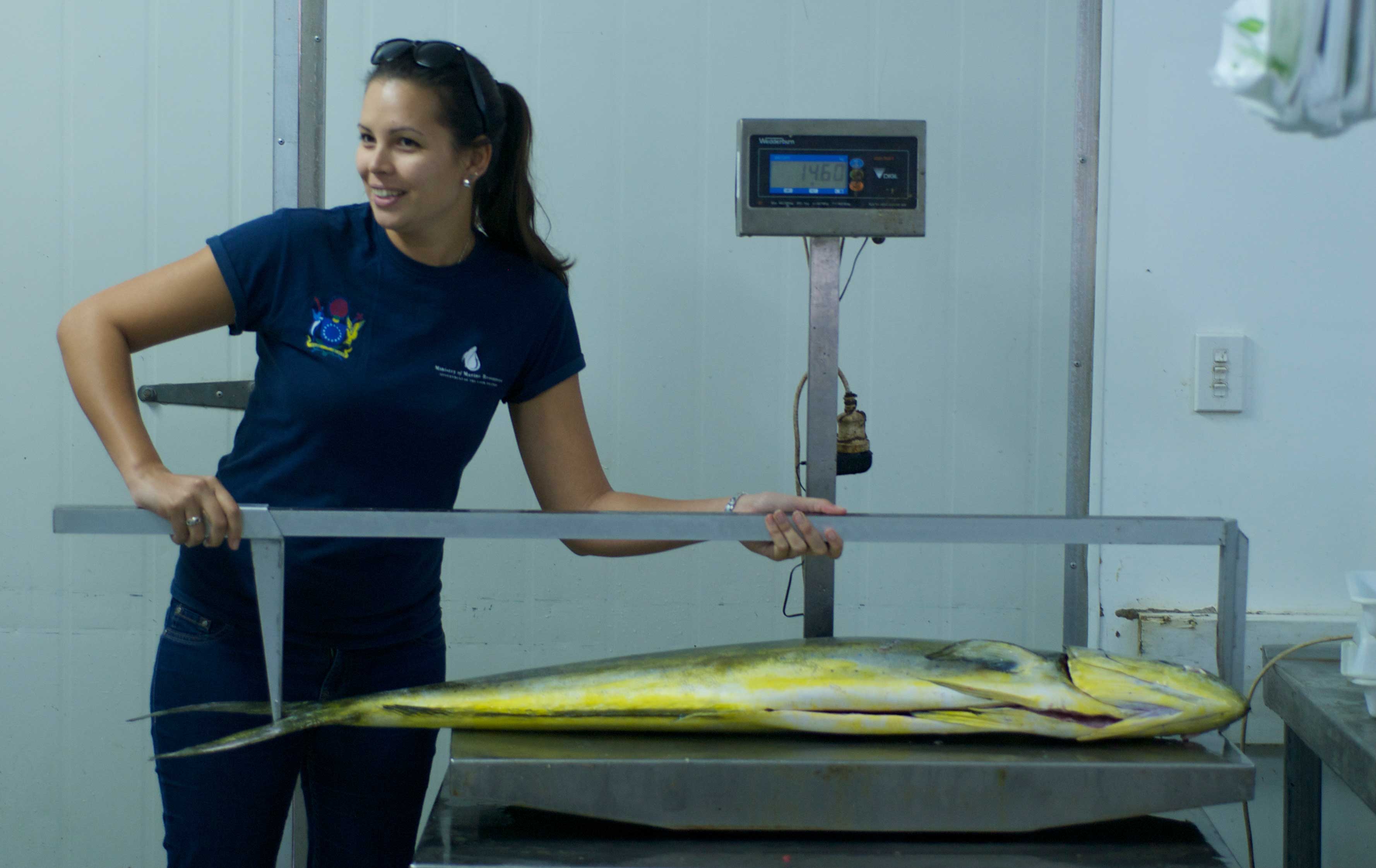 A few months after finishing her final exams, Georgia Langdon found herself in the Cook Islands, working in a role with the Ministry of Marine Resources.

“It was called a pearl biologist and I was based in an outer island of the Cooks in an atoll called Manihiki.”

Georgia says she fell in love with aquaculture because of its application to communities and societies around the world and the direct impact of aquaculture on people’s lives is something she has seen firsthand in her role.

“I could see aquaculture had the ability to have an impact on people’s lives for livelihood and income and food security.”

Georgia spent a year and a half in the role on Manihiki before moving to the department’s offshore fisheries division as a senior fisheries officer and data manager.

“I’m in charge of the monitoring of catch and effort all our commercial fishing vessels; and reporting on that.”

The role has come with many travel opportunities which has allowed Georgia to meet and collaborate with regional experts.

“Pacific fisheries is like one giant family, everyone knows each other, even though you live on one side of the pacific to the other but you get to know people who have been in this game for 20 years or more. There’s just some incredible people that work in the region who can teach you great things and I really enjoy that part.”

She has also found the local people to be engaged in the work and projects she is involved with.

“Our community here in the Cook Islands are very passionate about their marine resources. The ocean is everything to these people and they’re very much involved in the developments of the offshore fishery which is really, really great.”

JCU’s tropical focus is something Georgia says has helped her in her roles with the Ministry of Marine Resources.

“We have similar issues over here in terms of the things that coral reefs might suffer. We’ve got cyclones, we have bleaching, we have crown of thorns, all of those things that I learned about at university are here, so it was all familiar already which was great.”

During her studies, Georgia says she was amazed that the people she was quoting in her assignments were the people teaching her at JCU.

“I’m quoting the experts in something or other and that’s the guy who’s standing in front of me, telling me about it. There are world expert people at JCU, why would you learn from anyone else when you can learn from them?”