Graeme Cotter reflects on his Aurora Internship with the North Queensland Land Council working on native title claims for the region's traditional landowners.

In June-July of 2016 I undertook a five week Aurora Internship with the North Queensland Land Council (NQLC) here in Cairns, in the final year of my anthropology major. Although native title was not my preferred area of interest in anthropology, I thought that this internship might provide an opportunity to experience at firsthand, and free from potential media bias, some of the social justice issues faced by Aboriginal people, as well as the opportunity to work with professional practicing anthropologists in the field.

Reflecting upon my experience over those five weeks, I find that I cannot recommend such an internship highly enough, to any student or recent graduate majoring in anthropology. At all times I was received as a valued member of the team, with my involvement in, and contribution to discussions actively encouraged.

For the first week and a half I was set to read background material on the current structure and practice of native title in Queensland, as well as some of the voluminous and informative connection reports prepared by highly experienced consulting anthropologists, as a support to current native title claims within the area administered by NQLC. 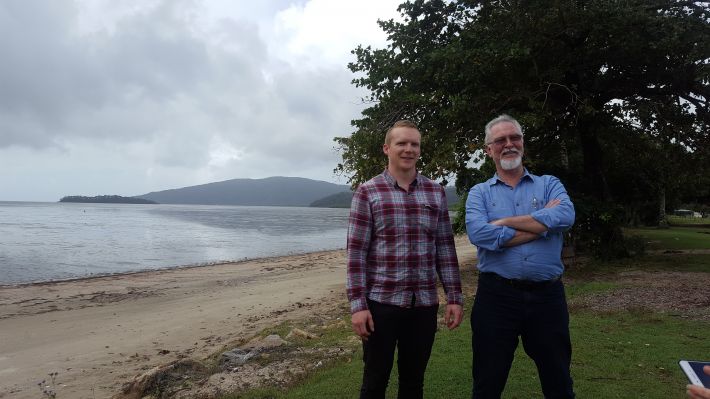 With this valuable preparation consolidated I was given the task of searching out genealogy charts in the various connection reports in order to respond to requests from a number of traditional owners of land in the greater Cairns area, for lines of ascent linking them to determined apical ancestors for the various current native title claims. These genealogy charts, essential to the connection of contemporary Aboriginal people with their traditional tribal lands to facilitate native title determination, are heavily reliant on the original genealogies collected by Norman Tindale and Joseph Birdsell when they visited aboriginal missions in Queensland in the 1930s. Without this valuable record, many family connections might otherwise have been lost to living memory.

Midway through my internship I was fortunate to have the opportunity to accompany one of the staff anthropologists and a staff lawyer to Innisfail and Tully, to interview some representatives of the Girramay people in order to address a number of points that the State required to be clarified pursuant to the Girramay Native Title claim to an area south of Tully.

It was a privilege to hear these people talk so animatedly of the connection to their land and of the stories that had survived to keep this connection alive since the forced separation of the Girramay people from their traditional lands in the 1870s. I had thought this to be the high point of my internship, but that was to come later, when, in the last week of my internship the NQLC senior anthropologist informed us that the State had accepted the affidavits we collected, and that the Girramay claim would proceed to mediation. Back in the office I was set upon the task of updating the genealogy database, work that is often well behind due to the workload of the staff anthropologists. Far from being a chore, this data processing gave me a unique insight into the disruption visited upon Aboriginal people by European colonisation. The record revealed far too many infant, spouse and sibling mortalities, as well as marriages of Aboriginal women to non-Aboriginal men, due to Aboriginal men having been hunted to the edge of extinction by the Native Police; a sobering reminder of the human tragedy visited upon these people.

My final week was marked by a visit with NQLC staff anthropologists to an Aboriginal family at their home in the Yarrabah Aboriginal Community. This visit was necessitated by a confusion that had arisen among a number of Aboriginal families as to who had the right to be included on a particular native title claim.

Such confusion and disagreement is not uncommon, being a result of the government separation and random dispersal of clan members among the various Mission reserves in the 19th century, so that people lost contact with related kin over the intervening years. In this instance the confusion was dispersed by the senior NQLC anthropologist in a carefully reasoned explanation of how native title determination worked. She explained how it was based upon evidence of connection to traditional land which is demonstrated, in part, by the recorded genealogies and presented to the State. In the clear communication of this process of determination I was aware of the very significant satisfaction and goodwill engendered for the future, within this Yarrabah family.

In conclusion, I can only reiterate that as an experience of practical anthropology at work with which to balance the theory learned in the course of your degree, I cannot recommend highly enough to students and graduates the experience of an Aurora Internship with a Native Title Representative Body.

James Cook University offers a Bachelor of Arts with a major in Anthropology.