How we look at the world map is changing. Get ready for a future where the vibrant global hubs will be in the Tropics.

Move over New York, London and Paris, growing populations and increasing urbanisation will see the Tropics soon take centre stage. Major metropoles such as Mumbai, Lagos and Dar es Salaam are expected to grow, while smaller cities in the Tropics will come to prominence as well. Ensuring these cities are liveable, exciting and sustainable will require planning and an openness to finding solutions in unexpected places.

In 2007, the world hit a turning point and started to become more urban than rural. Projections of populations leading up to 2050 show that most of the population growth and urbanisation on the planet is going to happen in the tropical world.

“Tropical urbanisation was 31 per cent in 1980 and went to 45 per cent in 2010,” JCU’s Associate Professor Lisa Law says. “These are massive numbers of people to house. That means a lot of housing, a lot of roads, a lot of schools, a lot of concrete, a lot of hospitals and a lot of infrastructure. The pressing issues for the future are the issues in the tropical world.”

Lisa is optimistic that tropical cities can become places that answer its inhabitants’ needs to work, play and be creative while also engaging with each other and where they live.

“The development of that sustainable tropical urbanism is really important to get right for the next couple of decades,” she says. “Once you’ve built a structure, you’ve got a lot of embodied architecture and it becomes something that is not easy to change for the future. If you badly design a new city, then you’ve got a lot of energy inefficiencies and poor resource use. If we don’t get that right really soon, a lot of cities are going to be built and there will be nothing we can do to easily retrofit them.”

Topical cities are places where people work, play and connect with each other and their surroundings. A busy street in Can Tho, Vietnam, shows the energy of city life. Image: Fiona Miller

Tapping into knowledge and ensuring the planning process is done properly can be difficult when population pressures are increasing and economic factors drive developers to fast track projects. Add problems with the lack of good governance to the mix and building thriving tropical cities becomes a complicated and difficult process. Despite the complexities, Lisa is driven to see sustainable tropical cities become a reality rather than a pipe dream.

“We can do this, but it depends on how you think about the future: are you hopeful?” she asks. “Or are we on a course to destruction and we’re like the Romans or the dinosaurs?”

Lisa believes the knowledge and expertise are already out there to build the tropical cities of the future. She says we have to let go of our preconceived ideas that big cities must work in a certain way, like Tokyo and New York. While those cities can provide some lessons, not everything from them will be appropriate for tropical spaces.

“There’s this theory that we have at our fingertips all the solutions we need for the future,” Lisa says. “We just need to coordinate the right teams that include business, government and grassroots organisations to solve it. We probably need to be looking at sustainable cities in other parts of the world.”

Rocinha in Rio de Janeiro is the largest favela in Brazil. Image: Shutterstock

Lisa says solutions can crop up in the most unexpected places and tropical cities could feature elements from informal settlements as well as medieval centres.

“If you look at an informal settlement in a big tropical city, it’s actually quite sustainable in its resources because they recycle everything,” she says. “They use the minimal amount of water and electricity, they live in tightly packed dense settlements that haven’t used a lot of resources to build them. If you can say there’s lessons to learn from places you’re not expecting, that’s not a bad way to proceed.”

Creating sustainable cities will require populations to step away from the “worship of the car” and to stop prioritising design that accommodates high-traffic volume. Instead value should be placed on building walkable cities with transport connectivity.

“Maybe we can reach back in time,” Lisa says. “Before we all became addicted to fossil fuels and cars, there were some good answers about walkable cities, growing food in cities and being more sustainable in the way that we live. That’s why we’re looking back to medieval cities in Europe prior to the invention of the car because we know they are sustainable walkable cities.”

Tropical cities, like Can Tho in Vietnam, continue to grow. Increasing populations will see the world turn its focus to the Tropics over the coming decades. Image: Fiona Miller

Closer to home, Lisa has been exploring tropical sustainable buildings in Far North Queensland. Examples of residential, commercial, institutional buildings and much more can be found at Tropical Sustainable Design Case Studies.

“How you plan and manage things, how you respond to a particular site, how you design your buildings, and what kinds of materials you use are important,” she says. “We need to work with sectors like agriculture and health, and we need to educate the population. We need more people thinking about this.”

If you want to have an impact on the design and appearance of cities and towns, check out JCU’s Bachelor of Planning. 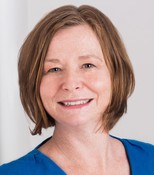 A/Prof Lisa Law
Lisa Law is an interdisciplinary researcher with a background in geography and urban studies.  Her research focuses on urban spaces in Southeast Asia and tropical Australia, and crosses a wide spectrum including:  liveability and place-based urban
Read profile