If you’re a philanthropist and you want bang for your buck, you’ll sink your money into the ‘hottest’ projects. Just like fashion and politics, health funding is not immune to trends. How do these trends occur and what impact do they have on communities?

On the catwalk of health funding, certain outfits get more attention than others. These ‘sexy’ projects come with attractive bells and whistles, such as emotional pull and measurable outcomes. In the fierce competition for funding, health issues that are able to capture the heart are more likely to successfully entice donors and their money.

Having worked in health systems across the world, JCU’s Dr Stephanie Topp is an expert in global health and development. She is familiar with the complexities of international donor funding for health programs and projects.

“Trends absolutely do exist,” she says. “It is not dissimilar to trends in national politics when there are issues or causes that capture the imagination of the public. Some things are easier to sell because they have an emotional draw.”

Pulling at the heartstrings of politicians and philanthropists as a way to get them to open their purses works because, after all, they are human. Appealing to emotions can also build cachet for political donors and fulfil philanthropists’ moral imperative to improve the world.

“Neither politicians nor philanthropists are immune to projects of passion,” Steph says. “Donors also want to be able to say they contributed to certain projects. If there is already a big-ticket item, like a policy to reduce global rates of HIV, then a donor can say they contributed towards that by radically reducing rates of infection or improving people’s access to treatment.”

As well as having an emotional pull, being able to provide measurable outcomes boosts a project’s appeal. Some health issues, such as infectious diseases, lend themselves to delivering this double whammy.

“Infectious diseases are always trendier than non-infectious diseases,” Steph says. “You can count on them to be easy to frame as emergencies and they speak to health and security agendas. This makes them easier to sell to a scared electorate, if you are a government donor. It is also often easier to measure clear and positive outcomes when it is a disease you can cure. How much more sexy is it to say that you helped save 100,000 lives than to say you helped prevent 100,000 pregnancies?

“It’s a big challenge because some of the most effective things in healthcare are not as easy to package. Non-communicable diseases, of which the big ones are diabetes, heart disease, being overweight and having high blood pressure, are universal problems and they are increasingly becoming dominant health issues in developing countries, but it is much harder to find funding for them than traditional communicable diseases.”

Health issues that can pull on the heartstrings are more likely to gain international donor funding. Image:Shutterstock

Barriers to attaining funding include that many of the diseases are behaviourally driven, which makes them more complex to address. How do you change someone’s diet or encourage them to exercise? It involves a whole chain of environmental, social and behavioural factors.  And what do you have to show for it even if you are successful? Less overweight? Less diabetes?

“It’s not like getting a person to take a course of anti-malarial medication,” Steph says. “As a donor funding the fight against malaria, you can say you save lives. But if you’re a donor fighting a non-communicable disease you can say you ran a social marketing campaign but the effects won’t necessarily be seen. When it comes to these diseases, there are also issues of having product placement, advertising or social marketing and balancing that with individual choice and social norms.”

Countries that are heavily dependent on external funding for domestic health spending are more likely to be vulnerable to donor trends. These countries are also more likely to have health systems skewed towards treating certain diseases and illnesses. Steph saw the effects of these trends when she lived and worked in Zambia from 2007 to 2015. Around 2007, Zambia was spending $26 per person per year on health, with $21 of that specifically set aside for HIV spending.

“What was left is $4 per person per year for health spending,” Steph says. “This is such a tiny amount of money.  And the skewing was, in part, due to Zambia’s dependence on external health funding, which made it vulnerable to donor trends.”

While this might seem bleak, not all countries are as vulnerable to trends. Prioritising investment in domestic healthcare programs can help countries insulate themselves from fluctuations in international donor funding. Governments that allocate a larger proportion of their budget towards health have greater say in how those funds are directed and are better insulated against these trends.

“You could have four or five low-income developing countries with similar demographic rates of poverty and educational attainment and they might have different policies on domestic investment on health,” Steph says. “Generally speaking, the more domestic investment there is in health, the more control that country has over its health spending.”

Exploring how trends influence funding might dishearten those who hold development to a higher moral plane. Image: Shutterstock

For advocates of particular health issues, coordination and organisation are essential for trying to mitigate trends in international donor funding. Steph says when advocates are organised they can send their messages at key global health forums, such as at the UN General Assembly. Lessons can also be learnt from past successful campaigns.

“The HIV community did an amazing job in moving and communicating its message,” Steph says. “A lot of success that has been achieved has been due to that communication across the community. The catalyst for that level of attention and communication are not necessarily going to be there for other health issues. In the late 1980s and early 1990s, for example, HIV was affecting both high-income and low- and middle-income countries.  Advocates in high and low-income settings worked on issues of access to treatment and a rights-based framework that helped drive donor attention. All of these and other factors coalesced to drive an incentive to support HIV and it was surprisingly well coordinated.”

Just as fashion trends come and go, the tide might be turning for health issues that were previously out of vogue. The United Nations has released its Sustainable Development Goals, which Steph says might see non-communicable diseases come more into favour as a fundable health issue.

“The Sustainable Development Goals are the biggest and most recent exception to getting the healthcare community to move beyond a traditional focus on communicable diseases,” Steph says. “The third goal is ‘Ensure Healthy Lives and Promote Well Being’ and includes 15 more specific targets including promoting mental health, reducing non-communicable diseases and achieving universal healthcare coverage.”

Rather than be disheartened by an imperfect funding system, Steph is philosophical about the realities of global health and development. Examining trends in international donor funding might destroy romantic notions about development, but that does not mean that good work should be overlooked.

“It’s no less or no more romantic than any other domain of public of action,” Steph says. “People expect it to operate on a higher moral plane but that expectation is misplaced. The same principles of organisation and individual interests are at play, so you see the same flaws and same inspiration, but it is writ large.”

Because the stakes are so high, when funding and programs do come together and are successful, there is even more reason to celebrate.

“When inspiration does occur, it is on a grand scale and people are moved by it,” she says. “What we can do is engage with the system to understand how it works and get the best out of it. It’s hard to imagine a perfect system but I don’t think it is time to give in to pessimism.”

If you are a health professional looking to hone your skills and expand your knowledge in health promotion, needs evaluation and epidemiology, check out JCU’s Master of Public Health. 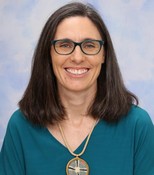 A/Prof Stephanie Topp
Dr. Stephanie Topp is an A/Prof. in Global Health and Development in the College of Public Health, Medical and Veterinary Sciences and an Associate Research Fellow at the Nossal Institute for Global Health, University of Melbourne.  She has 15
Read profile