The mosquito might be no bigger that a fingernail, but it packs a deadly punch.

The disease-transmitting animals spread malaria, yellow fever and dengue, which combined are responsible for several million deaths a year.

Dengue is the fastest growing mosquito-borne viral infection, with a 30-fold increase in global incidence over the past 50 years.
Globally, 2.5 billion people are at risk of being infected with dengue. The virus produces a range of symptoms including fever, headache, pain behind the eyes, muscle and joint pain, and rash. Occasionally, the illness will develop into a life-threatening form, severe dengue, and 2.5 per cent of people infected with severe dengue will die.

Bacteria might just be the key to stopping dengue in its tracks. James Cook University Professor Scott Ritchie is introducing the bacteria Wolbachia into mosquito populations in North Queensland. The dengue mosquitoes infected with the bacteria have a significantly reduced capacity to get infected and transmit the dengue virus.

“It almost acts like a dengue vaccine for the dengue mosquito,” Scott says. “Dengue is one of the biggest public health problems carried by mosquitoes in the world. It’s not as big as malaria as malaria kills many more people. There’s estimated to be over 100 million clinical cases of dengue per year, so that’s a lot. In Australia, we’re getting outbreaks almost every year. We’re always getting them in the Cairns and Townsville region.” Scott and his team conduct their research in two big mosquito cages, which contain a simulated house and backyard. Once the bacteria is introduced into the mosquito population, it is like an STD and spreads naturally when the mosquitoes mate. Scott then took the trials out into the field at Gordonvale and Yorkeys Knob, suburbs in Cairns, to show it could be done in the real world.

“The bacteria has been in the mosquitoes since 2011, so we’ve been going on 5 to 6 years of establishment, which is certainly a breakthrough,” Scott says. “It’s too early to say if it’s going to be a cure. That program is beginning to wind down now, but we hope to get ongoing funding to monitor and see what the outcome of all these mosquito populations is. This is the first time this has ever been done, so I think that will be ongoing for a while.”

The trials in North Queensland are a long way from suburban Iowa where Scott developed his love of insects. As a child, he would chase bugs while roaming abandoned farm pasture.

“It was a lot of fun – the kids ran around and had snowball fights, we had a blast,” he says. “I was out chasing bugs. There was abandoned farm pasture that was behind our house next to a woodland. It was just full of insects. I’d go out and catch insects, organise cicada hunts and stuff like that.”

His passion spurred him to study entomology at university, eventually taking him to Australia and his role as principal investigator in the Eliminate Dengue program funded by the Bill and Melinda Gates Foundation. The program is a not-for-profit collaboration led from Monash University as part of the Institute of Vector-Borne Disease. While the trailblazer’s work has become more serious since his childhood days of chasing bugs around a field, Scott has not lost his enthusiasm or humour when it comes to insects.

“I’ve enjoyed working on mosquitoes maybe because people can call me ‘Itchy Ritchie’,” he says. “I do like the dengue mosquito because it’s a cockroach – it’s in the house so it’s like my pet. You can see them flying around. I know it’s crazy but I like it because it’s such a cockroach.”

Professor Scott Ritchie is a key researcher at the Australian Institute of Tropical Health and Medicine (AITHM), a multi-disciplinary health and tropical medicine research institute based at James Cook University. AITHM’s research spans public health, biomolecular, clinical, translational, and health systems research and is strongly focused on the health issues of most importance to tropical Australia. 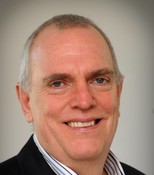