We live in an age where we have a world of information at our fingertips – so why do we still need libraries?

There’s more information available now than ever before but because there’s so much information out there, how can we know what’s credible?

While we may think of libraries as archives of physical books, JCU’s director of Library and Information Services Heather Gordon explains that a major role of libraries is to teach users about information literacy – and it always has been.

“There’s so much information out there,” she says. “How do you know what’s credible? Libraries have done that for a long time. We can teach you about digital and information literacy so you know what’s a credible and authoritative source for your learning and research.”

Macquarie Dictionary named “fake news” as its 2016 Word of the Year, which it defines as “disinformation and hoaxes published on websites for political purposes or to drive web traffic, the incorrect information being passed along by social media”.

However while “fake news” and “alternative facts” may seem like recent concerns since the spread of social media, Heather says that the issue has always been there.

“Even with print there were some dodgy print sources,” she says. “There were always publishers which were known as vanity press publishers.

“But I think as it becomes easier for people to locate information online, it becomes even more important that you have those skills so you’re able to really do some critical thinking about what people are saying.” 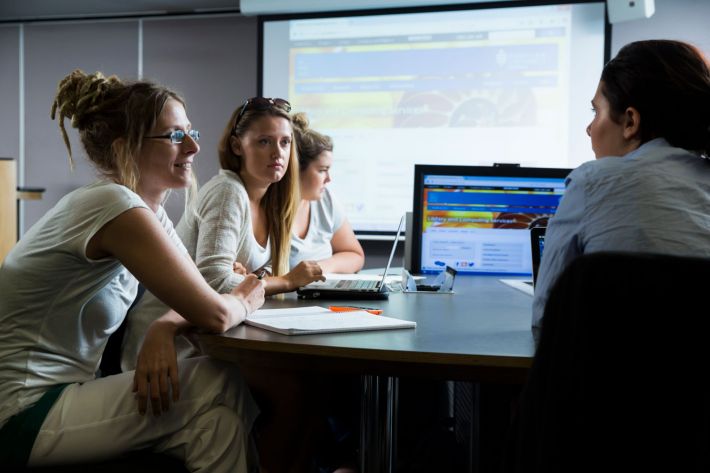 Which is one of the reasons libraries remain so important.

“We help teach critical thinking,” Heather says. “How do you access and evaluate information and by doing so, how do you create new knowledge?

“And that’s what libraries have always been about.”

This isn’t to say that libraries haven’t changed over the years, but for Heather those essential functions have remained the same since she began her career.

“It was always about making information discoverable and accessible and helping people discover and use it for themselves,” she says. “That whole side of supporting learning and teaching is very, very similar. We just do it through different media now.” 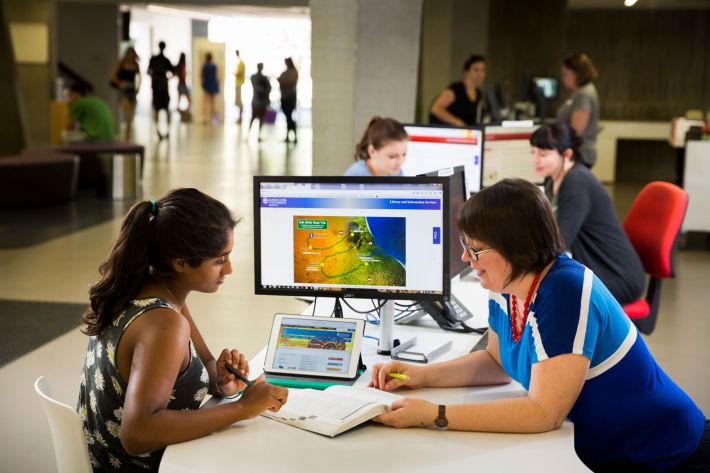 Faced with ever-present digital disruption, Heather believes that libraries are one of the success stories.

“I’m not particularly afraid of the digital disruption,” she says. “I can remember when I was doing my Master’s many years ago when people were saying the book will be dead in 20 years and we won’t need libraries. Well, we haven’t seen that.

“Throughout my whole career we’ve had nothing but digital disruption and I think we’ve actually been more on the forefront of looking and exploring new software, and working with publishers with new agreements and things like that to ensure that we would operate in an online environment.”

97 per cent of JCU’s library budget expenditure goes towards e-resources, which includes e-books, e-journals and streaming media. Students at JCU have access to almost 216 000 e-books, more than 50 000 e-journals and more than 9000 streaming videos.

“The benefit of having a library is we curate all of that,” Heather says. “We make it accessible so you can find it and you can use it.”

Libraries are more than just a building housing books. The role they play in guiding society to discover and create knowledge will continue to be relevant into the future.

“I think there will always be need for libraries,” Heather says. “A lot of people think of libraries as where we just store things. No. We do so much more than that.”