The majesty of an athlete at the peak of their powers can take your breath away. Revelations of sports superstars who use performance-enhancing substances can also be shocking. Should athletes who choose to go faster, higher and stronger by doping face court for their deception?

Australia is mad about sport. From the cricket pitch to the Olympic swimming pool, our nation has produced more than its fair share of sporting heroes. We love to champion our athletes and laude their dedication to pushing their bodies beyond what was thought possible. But admiration can quickly turn to a sense of betrayal when an athlete is revealed to be a drug cheat.

James Cook University Associate Professor Terry Engelberg says in some cases taking performance-enhancing substances could be seen as a crime.

“If an athlete dopes knowingly, they are in effect committing fraud against their sponsors, other athletes, their team mates and the public,” she says. “If you win a competition by knowingly taking something you’re not supposed to take, you are cheating the other athletes out of winning and out of any opportunities that might have come their way had they had won.”

Terry and her husband and colleague Dr Stephen Moston have been researching doping in sport for about a decade. Terry says the involvement of the Australian Crime Commission in recent high-profile doping incidents shows that sport is heading down the road of criminalising the use of performance-enhancing substances.

The World Anti-Doping Agency lists 10 possible anti-doping rule violations, which include the presence of a prohibited substance in an athlete’s sample, refusing to submit to sample collection after being notified, and tampering with any part of the doping control process. While the agency is able to point out the number of ways athletes might violate rules, what they do not do is examine the intent behind an athlete’s use of performance-enhancing substances. 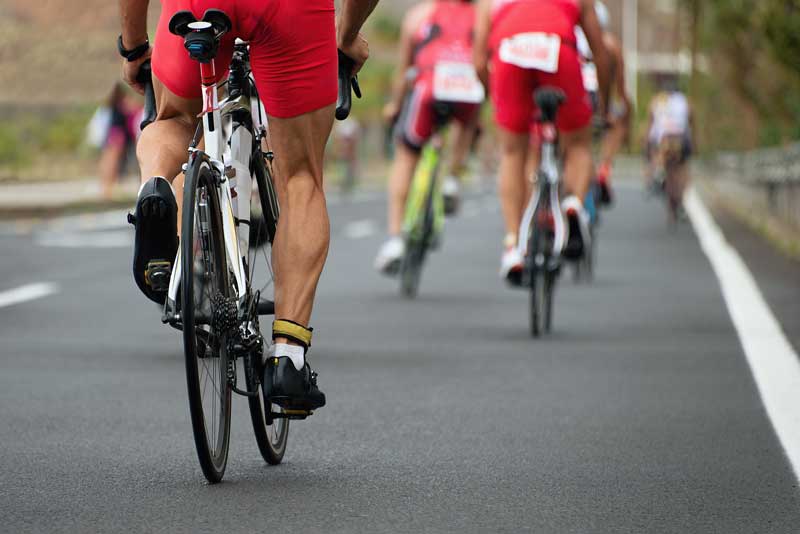 Terry says greater value should be given to whether an athlete intends to commit fraud.

“For most criminal offences, intent is important,” she says. “Intent can be the difference between murder and manslaughter.”

Terry and Stephen are investigating how interviewing techniques can be used to determine whether doping occurred intentionally or accidentally. With backgrounds in forensic psychology, the couple is drawing on police investigative interviewing frameworks for their research. Developing a method to determine intent would not only be useful for catching doping athletes, but also for athletes who have made innocent mistakes.

A positive test for prohibited substances can tarnish an athlete’s career. Years of hard training and dogged determination can be destroyed in one fell swoop.

“If an athlete accidentally takes prohibited substances and is tested then they can be maligned and their reputation can really be trashed,” Terry says. “If an athlete took a tainted supplement or received bad advice from a doctor, then they did not mean to dope.”

While Terry says there should be consequences for using prohibited substances, she believes that not everyone deserves the same penalty.

“How can we ban someone who did not mean to get a substance into their bodies?” she asks. “Accidental doping can happen. We should punish those athletes in a different manner and it shouldn’t be as harshly as for someone who knowingly took the substance.”

The illicit nature of doping means that it is difficult to know how many athletes might be taking performance-enhancing substances.

“We may catch some athletes, but there could be plenty more who might not be caught,” Terry says.

Not knowing this figure makes it difficult to assess the effectiveness of anti-doping measures, such as education programs.

“Education sounds all very well and nice but how can we evaluate whether education has really worked,” Terry says. “The answer is that you can’t.” Another factor to consider when assessing the success of education programs is that doping can occur at any point in an athlete’s career. An athlete can even retire and their doping might be detected decades after they have left their sport. The cat-and-mouse nature of biological testing trying to keep pace with doping methods means that celebrating the success of education programs could be premature.

“We are trying to pin too much hope and too much ambition on the education program,” she says. “We are not suggesting abandoning such programs. What is needed are changes in attitudes and knowledge about doping.”

Examining the dark world of doping has not dampened Terry’s enthusiasm for sport. She enjoys running and participates in sport at a community level as a coach.

“I now watch sport in a different way, particularly certain sports, but all sports are susceptible to doping,” she says. “I try not to think about it and enjoy the sport.”

While optimistic about most athletes, Terry says the use of performance-enhancing substances will be part of sports for the foreseeable future.

“As long as sport is competitive and big money, I doubt we will be able to eradicate doping,” she says. “We need to change the goal posts and how we define and study doping. We must not kid ourselves that in the flick of a switch we will end doping with some biological testing method. I do believe most athletes in sports are clean. There’s a lot of good in sport and we should focus on that.”

If you have a passion for exploring the human mind, check out JCU’s Bachelor of Psychological Science. If you would like to explore the topic of doping in sport in a Higher Research Degree, Terry welcomes Honours, Masters and PhD students to work with her.