This is Uni Grappling with Globalisation

The world-wide inequalities that continue to prevail in our societies are creating increasingly worse realities for people in every nation. The United Nations has declared that it is time to reduce inequalities globally. February 20th is World Day of Social Justice, and the UN’s theme for this year is “Closing the Inequalities Gap to Achieve Social Justice”. Dr Narayan Gopalkrishnan is a senior lecturer of social work at JCU and he gives insight into how closing the inequalities gap must first start with addressing the effects of globalisation.

“The United Nations promotes social justice as an underlying principle for peaceful and prosperous coexistence within and among nations,” Narayan says. “This is an admirable stance, but one that is increasingly under threat when we examine the notion of social justice in the context of an increasingly globalised world.”

The UN’s overview of their commitment to social justice and closing the inequalities gap addresses globalisation in its summary of the Declaration on Social Justice for a Fair Globalisation. “It constitutes a compass for the promotion of fair globalisation based on decent work, as well as a practical tool to accelerate progress in the implementation of the Decent Work Agenda at the country level,” Narayan says. “It also reflects a productive outlook by highlighting the importance of sustainable enterprises in creating greater employment and income opportunities for all.”

This concept of fair globalisation based on decent work does exist in our societies in different forms. Globalisation that is used equitably yields good results and the UN promotes this. The Declaration on Social Justice for a Fair Globalisation recognises that globalisation and interdependence open new doors of opportunity through trade, investment, and advances in technology for the growth of the world economy and improvement of living standards around the world.

Narayan also recognises the benefits of globalisation. “Rapid advances in technology and infrastructure are enabling global flows of ideas, finances, media, products and people, and increasing connectivity across a range of stakeholders,” Narayan says. “In many ways, these processes of globalisation could be seen to be supportive of the principles of social justice.”

Narayan points out how these processes have enabled many marginalised groups to present their position to a world stage and to claim a media space that may have been denied to them earlier. An example of this is how Indigenous Peoples across the world are able to connect with each other and unify to demand action on land rights, racism and discrimination.

However, Narayan also points out that there is a darker side to globalisation that is detrimental to the principles of social justice, specifically in relation to the neoliberal principles globalisation can perpetuate. Neoliberal principles involve the privatisation of public services, deregulation of the corporate sector, and the lowering of income and corporate taxes that are paid for with cuts to public spending.

“The globalisation of markets and finances is supported by neoliberal principles that work towards lean governments, management of social issues through market-based interventions, and a focus on the expansion of markets and the accumulation of wealth,” Narayan says. “These processes of neoliberal globalisation can lead to the curtailment of existing socially just systems and retard the growth of new systems.”

These notions make sense on the page, but how are they playing out in our societies? Narayan gives several examples, starting with agricultural workers. “The liberalisation of agriculture and dairy systems has led to the many small farmers having to leave their traditional business, and, in some cases, committing suicide because of their inability to provide for their families.”

Aspects of globalisation such as privatisation mean that social services suffer as well. “Privatisation of things like nursing homes, social housing, childcare systems, and disability services have had extremely negative impacts on the users of these services, and people are increasingly falling through the gaps or suffering neglect in the process,” Narayan says. “Similarly, the privatisation of basic resources such as water and electricity have led to increasing burdens falling on the already stretched incomes of the poorer in society.”

Globalisation affects finances as well. “The shift from the more equitable nature of direct taxes to indirect taxes such as GST and VAT is another way in which the poor and marginalised are adversely impacted,” Narayan says.

“There are also significant aspects of neoliberal processes that impact adversely on the environment and on existing democratic institutions,” Naryan says. This list already presents deeply troubling issues rooted in a firmly established system of principles, but as Narayan points out: “These are just the tip of the iceberg.”

Looking at all that Narayan has presented, the word hopelessness may come to mind. How can such issues be affected in any meaningful and impactful way? How can an entire system of principles and standards be upended to create change?

Narayan has a suggestion. “In working towards more equitable structures and a more socially just world, the words of Professor Amartya Sen, Nobel Laureate for Economics, need consideration.”

Amartya points to balance and values as the key to socially just systems. “The central issue of contention is not globalisation itself, nor is it the use of the market as an institution, but the inequity in the overall balance of institutional arrangements – which produces very unequal sharing of the benefits of globalisation.”

The first step in creating change is identifying the problem and Narayan has given several examples of how globalisation used with inequitable principles results in worsening circumstances for various groups and individuals. The second step is to identify why the problem is creating negative results, which Amartya has identified as the misuse of globalisation and the market and inequitable sharing of these systems’ benefits. The next step is to ask how we can improve.

Narayan, like the UN, acknowledges again that globalisation is not entirely bad. “The strengths of other aspects of globalisation – the interconnectedness, the advances of technology, the virtual solidarity, and the globalisation of ideas and peoples – all need to be brought to bear on the development of alternative institutional arrangements that will reduce inequality and benefit all people and the environment they live in,” Narayan says.

In moving forward, those who move to create change can actually use globalisation to improve globalisation because it allows people to unify themselves on a global scale. “Working towards a socially just society is a global endeavour,” Narayan says. “It goes beyond the nation-state and brings together all people in a globalised world.”

On this World Day of Social Justice, the words of the UN ring clear: it is time to reduce inequalities globally. Through considering the insight of experts like Narayan, we’re one step closer to doing just that.

Are you interested in making a difference in the lives of those who need it most? Consider what you can do with JCU Social Work. 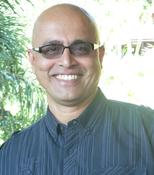 Dr Narayan Gopalkrishnan
Narayan Gopalkrishnan holds the position of Senior Lecturer in Social Work in the College of Arts, Society and Education. Narayan has a thirty year career in Australia and overseas, working in universities, NGOs and the private sector.  This has
Read profile