Depending on what kind of tourist you are, you may look at Instagram selfies of iconic destinations and see a great photo, or imagine a tourist climbing over a barrier that reads, ‘DO NOT CROSS’ in six languages to snap the perfect shot for their 67 followers.

If you watch a lot of news, you might be saddened by these tourists falling to their deaths, being electrocuted on live wires, mauled by deadly predators, or hit by some form of public transport.

If you’re JCU Professor Gianna Moscardo, you might wonder what causes these people to go to such extreme lengths for the ‘gram, and how you can help travellers be more responsible tourists.

“We looked at how the media explained the motivation for it,” Gianna said. “Why do they think people are doing these things?

“We then looked at the grey literature. It is more professional amongst people managing tourist sites and them talking about what problems they were facing and their attempts to do something about it.

“Then we had a look at the available research in psychology, mostly that’s starting to explore what are the things that are driving this passion for Instagram and taking selfies.”

Deaths by selfie are almost always covered extensively by the media, but motivations for the pictures are rarely analysed with an evidence-based approach.

Gianna and her team found that, while the media often blames narcissism, self-portraits have more to do with socialising than self-love.

“To connect to significant other people, to your social reference group. It’s about social status and self-esteem rather than, ‘I’m a narcissist and I want to look at myself’.

“In fact, if you look at them, very few people actually post a photo just of themselves. So we say selfie, but they’re often with other people.”

With these facts in mind, Gianna concluded that the tourist sites themselves can do the most to promote good selfie behaviour, lapping up all the benefits of hundreds of thousands of photos, while preventing someone’s trip of a lifetime ending in tragedy.

“Tourism sites can be more active in the social media world and actually talk to the audiences,” Gianna said.

“Ultimately, it’s your social media audience that drives your selfie behaviour. If they all say, ‘no that’s stupid and we don’t like it,’ people won’t repeat it.”

For the conscientious tourist who wants to snap a great memory, but doesn’t want to offend the locals and other tourists, Gianna has some tips.

“Stop and pause and think before you take it and look around you,” she said. “That’s the first one in terms of your physical safety.

“Stop and look, not through the camera, but actually look at what’s going on around you so you don’t get run over, trampled on, bitten and that you don’t step off the edge of something.

“Number two was because a lot of them are trying to copy an image that they’ve already seen, check that the image was real. Do a little bit of Google searching.

“Check because the selfies you see are very cleverly shot to make it look much more spectacular than it actually is.

“The third thing was to try and be your own individual, start your own trend, don’t repeat one. Think of a new angle, a different way.”

World Tourism Day is celebrated each year on 27 September. The theme for 2019 is Tourism and Jobs: a better future for all.

If you have a passion for hosting incredible events or want to create lifelong memories for travellers, discover what you can with JCU Business and JCU Tourism. 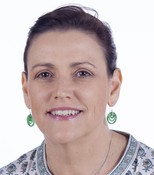 Prof Gianna Moscardo
Professor Gianna Moscardo has qualifications in applied psychology and sociology and joined the School of Business at James Cook University in 2002. Prior to joining JCU Gianna was the Tourism Research project leader for the CRC Reef Research for
Read profile