JCU is continuing to forge strong international connections with a two-week intensive study tour immersing Chinese students in the Internet of Things (IoT) in Cairns.

About 15 students and two teachers from the University of Electronic Science and Technology of China (UESTC) took part in The Smart IoT Short-Term Exchange Program.

The program included a four-day workshop on an IoT smart irrigation project, as well as field trips to the Daintree Rainforest Observatory and Orpheus Island Research Station.

The group met Cairns Mayor Bob Manning and had a briefing session with the Cairns Regional Council about smart water metering.

UESTC’s Bachelor of Engineering student Shuyue (Jenny) Wang says the program was a great way to gain hands-on experience and discover what it would be like to study at JCU.

“This broadens my horizons,” Jenny says. “A lot of the things I do in school, we just learn in classes and we do some small experiments. Here we get to have a look at field work and what really goes on with IoT systems. I also appreciate learning what study life is like here. It will help us in deciding whether we want to go abroad for our further study.”

Part of the program involved integrating IoT with agricultural knowledge. The students built a small irrigation system with temperature and moisture sensors.

“We built a node that controls the flow of water,” Jenny says. “If the temperature or moisture is outside of a pre-set range, the water will flow to decrease the temperature and increase the moisture. This will give the crops a better environment for them to grow.”

University of Electronic Science and Technology of China students Shuyue (Jenny) Wang, Yingao Yao and harry Zhao discovered what it’s like to be a JCU student during the study tour.

JCU Head of Discipline of Electronic Systems and Internet of Things Engineering Professor Wei Xiang says the study tour is a great accomplishment for the University.

“Right here at JCU Cairns, we are offering Australia’s first IoT Engineering program as well as educating the nation’s first cohort of IoT engineering students for future jobs,” he says. “We must be doing something correct for them to come across the ocean to be part of this.”

Wei has received great feedback from participating students and he hopes the study tour will take place twice a year.

“To host these students is a good opportunity to engage with them and for Australian and Chinese students to learn from each other,” he says. “Hosting them here allows them to experience what JCU has to offer.”

“I think Cairns has a unique advantage to tap into the Chinese market given its close proximity to China,” he says. “Leveraging our partnership with Huawei Technologies, this is an opportunity too good to miss.”

Study tour participant and Bachelor of Engineering student Harry Zhao believes IoT has the potential to transform the future.

“I think IoT will be very important in the future,” Harry says. “I think it’s crucial for us to learn it now.”

UESTC is a highly regarded university in China, being one of 36 ‘Double World-class Universities’ endorsed by the Chinese Ministry of Education. Its ICT programs are ranked Top 2 in China.

If you’re an international student, discover more about what JCU has to offer. If you have a passion for solving problems and developing innovative solutions, learn more about JCU’s Engineering and Planning courses. 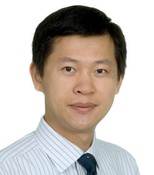