This is Uni Make your vote matter in the QLD election

Make your vote matter in the QLD election

Make your vote matter in the QLD election

Want to have your voice heard in the Queensland election? Unsure about the future of the Great Barrier Reef and don’t know what you can you do about it? If you are confused about how to enact change, read on, this article is for you.

The debate about the health of the Great Barrier Reef is ongoing and often receives front page attention. In the lead up to the Queensland election, the question is — can we positively affect the state of the reef, or is it too late for our international icon? If it’s not too late, what can we actually do?

Why are we so confused?

The spotlight will soon be on the disconnect between the work scientists are doing on the health of the Great Barrier Reef and the information the public are reading to learn about it. A research paper due for publication in March 2018 will focus on why this disconnect exists and highlight the consequences.

Currently, people who may not have the scientific or environmental backgrounds are filling the gap created by this disconnect.

Dr Maxine Newlands, from JCU, collaborated with Dr Erin Bohenski and Dr Ally Lankaster, from CSIRO Townsville, to produce the research paper. They aim to discover what the driving forces are behind the story of the Great Barrier Reef and how people understand these issues through the media.

The consequences of reporting that is not reflective of scientific fact has many implications. Imagine you are at the front of a crowded room. One group of people are telling you that the health of the reef is strong and there is nothing to worry about, another is reporting that the reef is in serious danger and cannot be resurrected, and over in the back corner, the scientists are politely piping up using scientific jargon that you can’t understand.

Are you confused by the different messages you've been reading?

“People are getting mixed messages, and they don’t know who to listen to,” Maxine says.

It gets really confusing and it’s not clear what the actual issue is. The result is worrying, people tend to pay less attention — or hone in on one thing that suits their personal views and not see the big picture.

The waters are being muddied due to key scientific messages about the Great Barrier Reef’s health not being clearly communicated.

It’s no wonder we are confused.

The Reef needs more than just KeepCups and metal straws

Every little action counts. Reusable coffee cups and eliminating single use plastic items are excellent steps in helping protect our natural environment. Sometimes, these actions can feel futile, especially when you are the only one in line for coffee with a BYO cup. So what’s next? How can we influence change?

We need to put pressure on politicians because it’s positive, environmentally beneficial policies that will have an impact on the health of the Reef. At the end of the day, we are the people who vote in the politicians.

With the upcoming state election, the time is now to make your voice heard. Go to the public talks and raise questions about the issues that matter to you — ask the politicians what they are going to do if you vote for them.

“Policies surrounding the reef need bi-partisan agreement, so all parties including the minor parties need to come to an agreement,” Maxine says.

“Ensuring your voice is heard by all the politicians will bring the importance of key issues to a new light. We vote in who we think will represent us the most. Making your vote count at this state election, and your voice heard during the election period, will ensure that the rest of the country understand the value Queenslanders place on the health of the Reef.”

What about the jargon?

When it comes to the facts about the health of the Reef and how the public are absorbing this information, Maxine says scientists must embrace the power of effective science communication.

“Adopt a journalist, if a journalist knows you, it can be easier to explain the science,” says Maxine. “Use social media and break down the science by using video — the key here is not to dump the facts, but to tell a story. If you are succinct in your story telling, there’s more chance of it being absorbed.”

We are not all scientists — we don’t have PhDs in Marine Science, nor do we read academic research papers for a hobby. Consequently, the science community needs to learn the balance between getting the scientific facts out there and not oversimplifying it so that the meaning is lost. As Maxine says, “Scientists need to turn the science into everyday pub talk, so you can explain it over the dinner table.”

If you’re interested in learning more about creating change through politics, check out the what you can do with JCU Arts and Social Sciences. 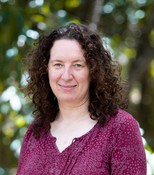